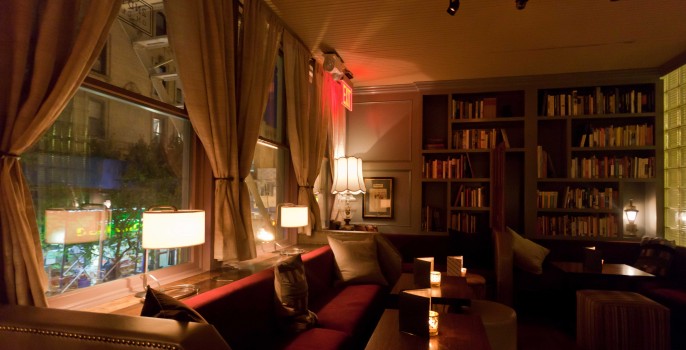 on July 1 | in About, Culture, Vintage | by Boo Paterson | with No Comments

Down dark alleys, hidden behind boarded-up shops or anonymous doors, are New York’s biggest secrets: the raucous, cocktail-swigging speakeasies that are still in operation 80 years after Prohibition ended.

Some are original – relics from the Jazz Age, restored to their former glory – whilst others have meticulously recreated the Prohibition era with antique fittings, gin in teacups, and an old-school aesthetic of bartenders in waistcoats mixing delicious cocktails in subterranean pleasure palaces.

Several have an atmosphere of quiet refinement, with the murmur of conversation held within book-lined walls, others are more lively, with live music playing and customers singing and dancing till the small hours of the morning. 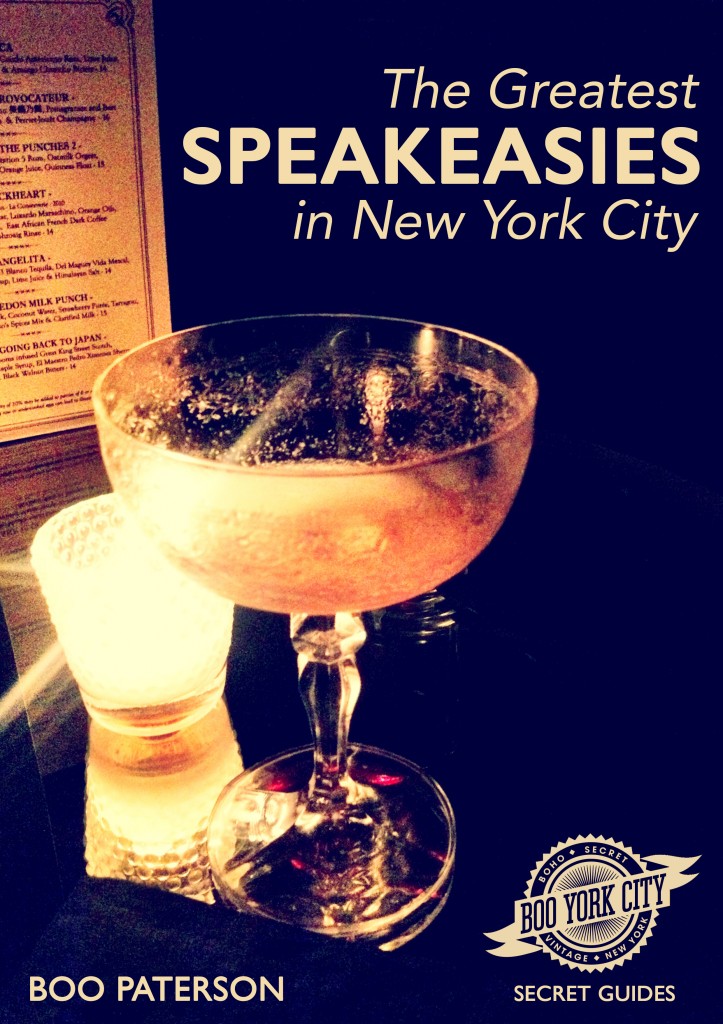 But each has its own unique charm. Boo York City’s editor, Boo Paterson, has spent years frequenting the speakeasies of Manhattan and is now sharing her confidential list of The Greatest Speakeasies in New York City in a new e-book; the first in a series of Secret Guides.

To celebrate the launch, we spoke to the owner of one of the bars to be honoured with a place on the list.

Tony Powe, who runs the 2nd Floor on Clinton, is known for the exceptional atmosphere he creates in the bar, and has even been named as one of Zagat’s top-rated gracious hosts.

Originally, from Devon, in England, he decided to open the bar as a sophisticated hidden ‘salon’ where he and his friends could have a conversation in his favourite part of town, the Lower East Side. 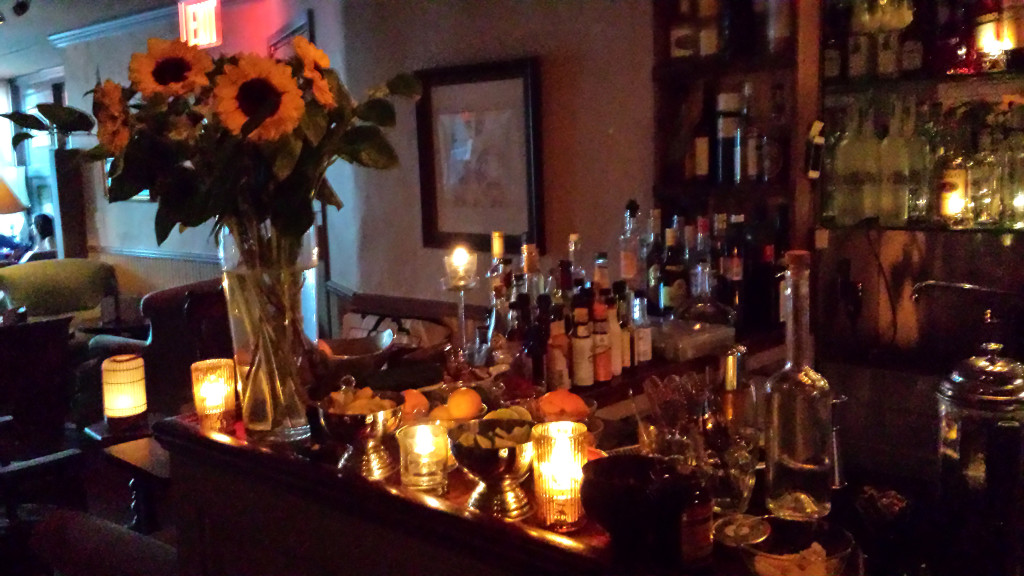 He says: “I wanted people to have a different drinking experience that matched my love for a certain type of shabby-chic design, great service and a relaxed atmosphere. I purposefully did not go to other speakeasies to get inspiration, as I wanted this experience to be unique.

“I chose not to emulate the dark hidden cellar idea, but rather to revive the more salubrious and traditional idea of a salon. We’re still hard to find, but when guests do discover us, they feel that they’ve stepped in to a genuine private living room rather than a space pretending to be a blast from the past.

“In addition to the unique location, we work with Art & Spirit Mixology’s front-of-house star, Sarah Miller, and one of the city’s top mixologists, Ektoras Binikos. 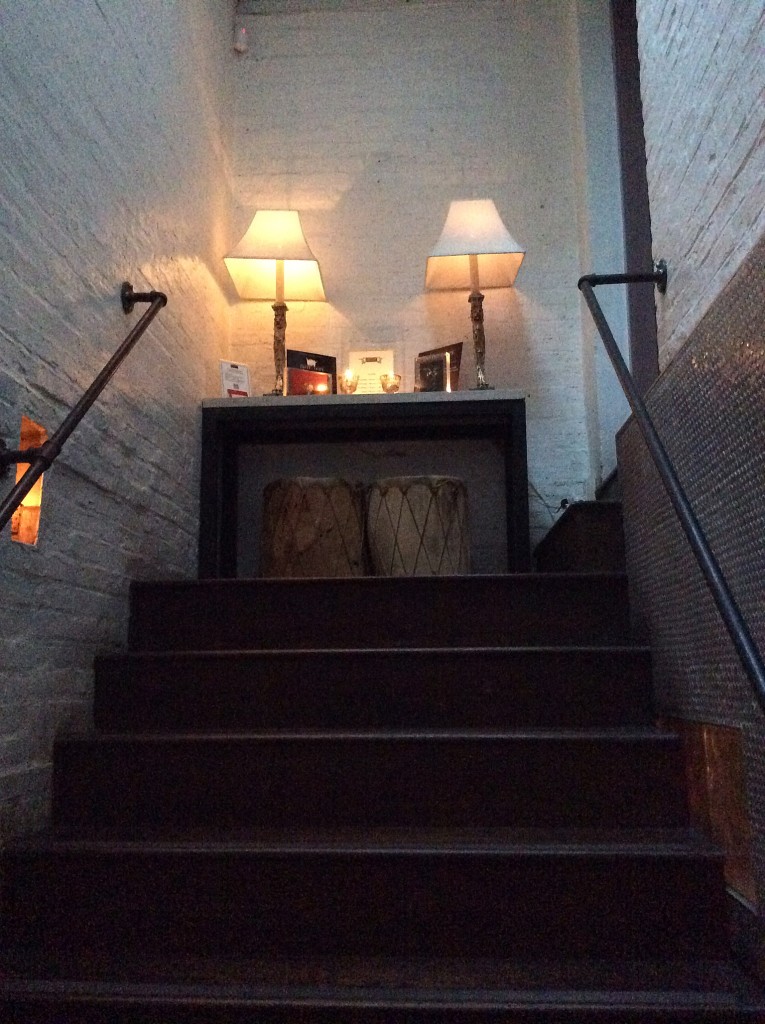 “Additionally, we tie our drinks in to local and personal stories, such as the Topsy Turvy – named after a donkey that worked in the pre-historic caves that my family own in Devon – and the Tauster, named after the banker who set up shop in our building and was sent to Sing Sing for defrauding his customers during the Prohibition era.

“We also grow our herbs on our rooftop garden to add a little mystery to the mix, and support local initiatives: we came up with the original LowLine cocktail to help raise money and awareness for the LowLine project.

“Not all speakeasies are successful, as competition is high. So you need to go a few steps further with quality service and excellent drinks as well as setting yourself apart from the competition.” 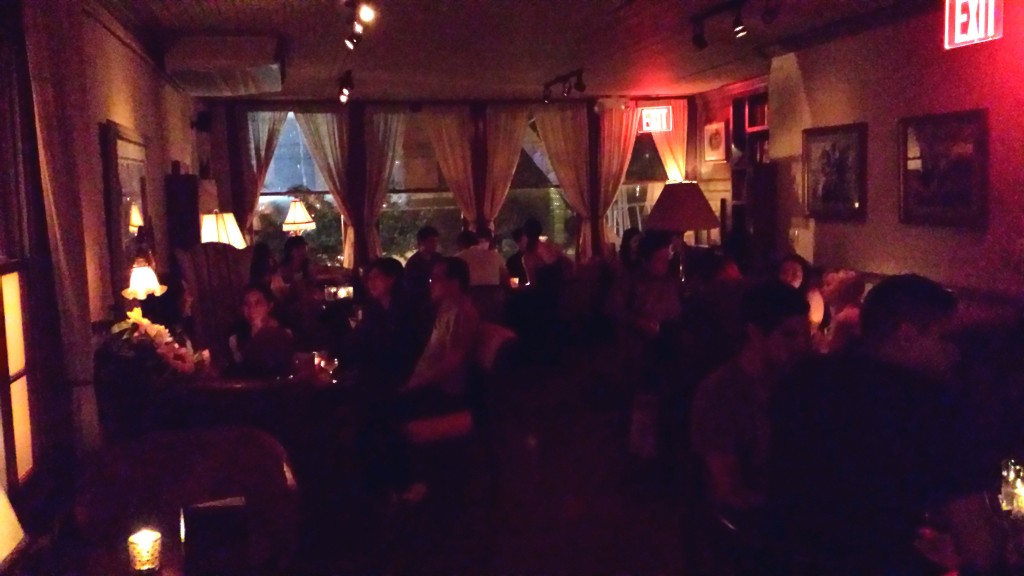 In a further effort to do just that, Powe also recently launched Tuesday Prohibition nights, which came out of a musical and cabaret ‘salon’ series that he held last year.

He explains: “Working with these amazingly talented artists, I found out how rare it was to find live music in such intimate environments in New York City these days, and realized how the room on the 2nd Floor on Clinton really leant itself to this.

“We decided to make this a regular weekly occurrence. Ektoras came up with the idea for a Prohibition theme – a great era for cocktails and music enjoyed in small, intimate and often secret salons.”

And it’s that Prohibition era that most often draws people to the speakeasies of New York in the first place, with a desire to sample the hidden and forbidden. 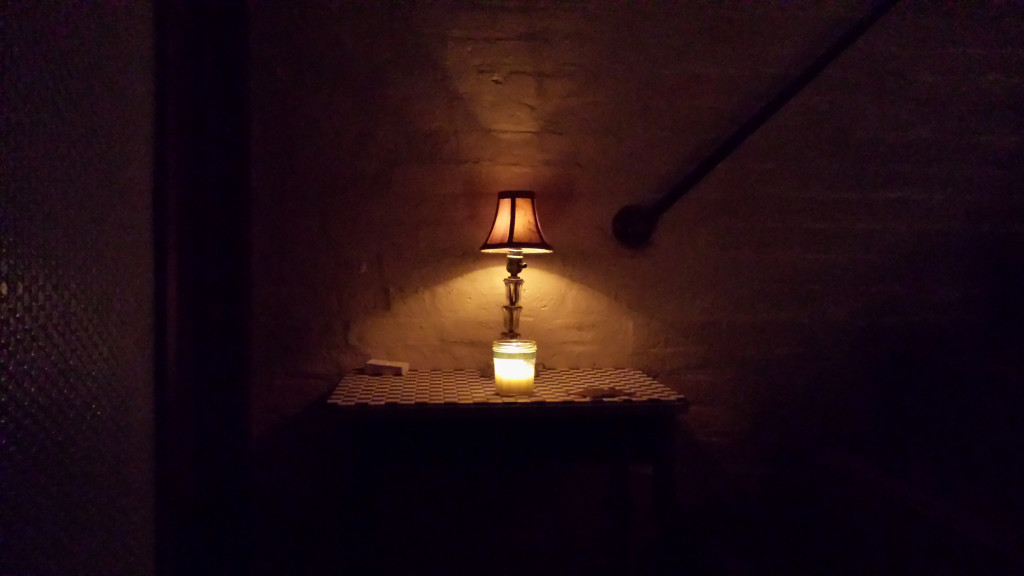 Powe agrees: “Prohibition conjures up an atmosphere of doing something illegal and therefore exciting. It’s also when cocktails really came into their own – though ironically this was to hide the taste of the liquor, not enhance it!

“Speakeasies appeal to people’s love to be in the know and in on a secret. They love to show their friends that they have the inside scoop on their city.

“Add to this the appeal of the music of the Roaring Twenties and the glamor of The Great Gatsby and you have a period in history that anyone would love to escape to with cocktail in hand!”

*The 2nd Floor on Clinton is open Tuesday till Saturday from 7pm till 1am weekdays, and 2am at weekends.