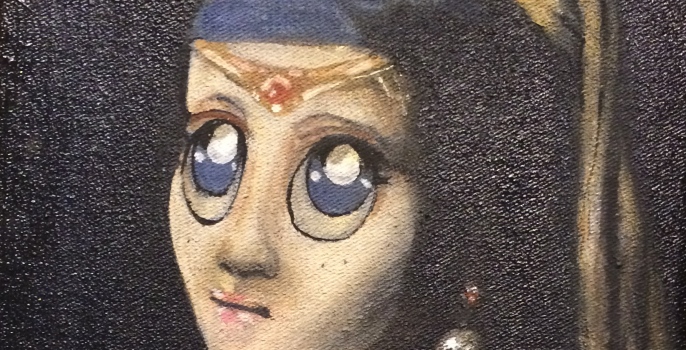 on March 30 | in Culture | by Boo Paterson | with No Comments

A New York artist is bringing fun to the art world by inserting classic cartoon characters into Old Master paintings.

Paul Hecker’s work sees Popeye serving at the diner in Edward Hopper’s Nighthawks, the Gummi Bears living it up at Toulouse Lautrec’s At The Moulin Rouge, and the bad guys from GI Joe seated at Da Vinci’s Last Supper.

Hecker started on the series after brainstorming funny ideas with friends over drinks one night. He said: “You know those inspirational off-the-cuff conversations, where you either forget the idea entirely or choose to act upon what’s said. 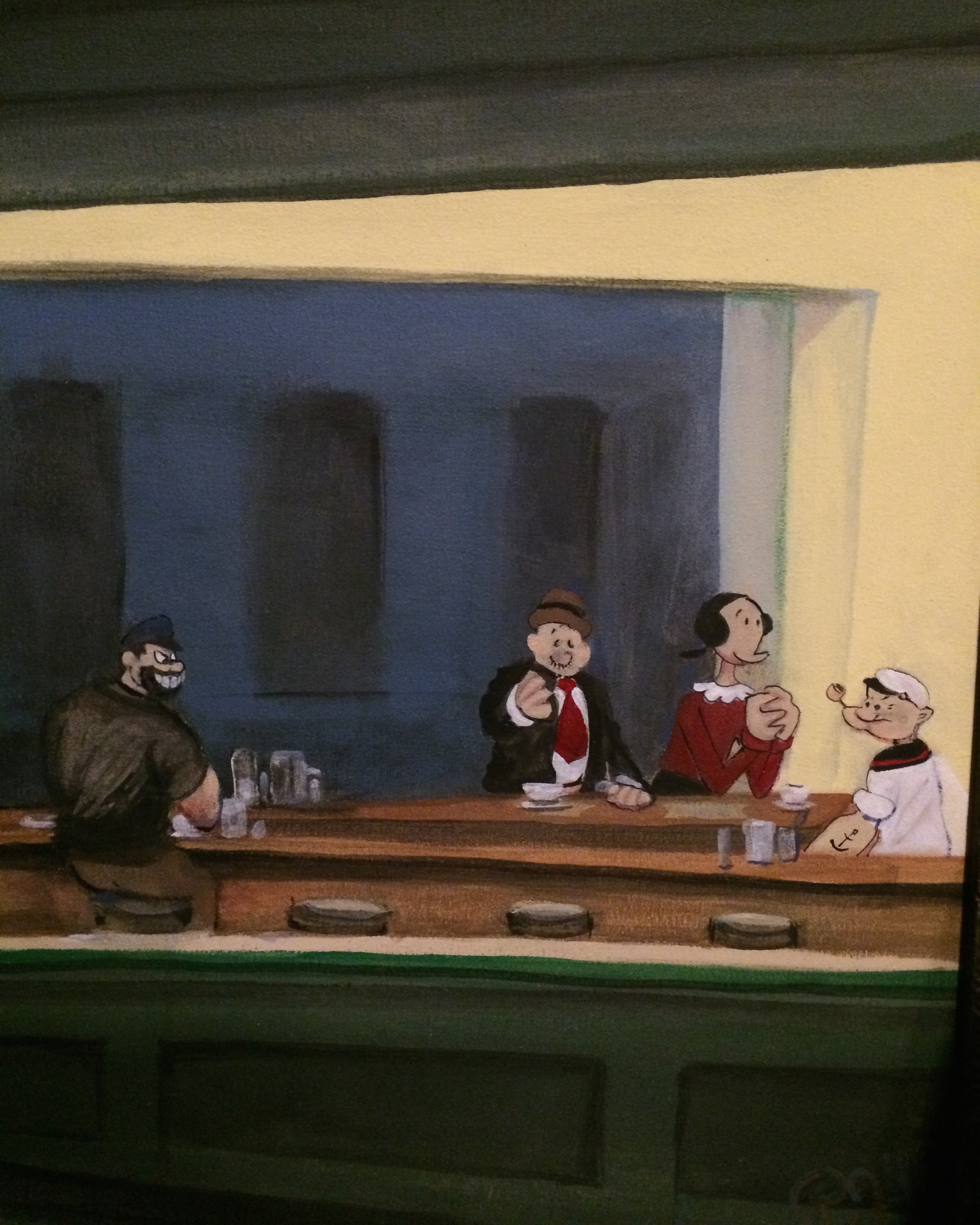 “Well, I chose to act, and it’s become a rather long endeavor – almost five years already.”

Hecker – who also works as a scenic artist in the movie industry – calls his paintings ‘remastered masterworks’ and says he’s inspired by everything from art history to theatre, film, and the great outdoors.

“I try to be open to accepting all and any information that has aesthetic visual beauty. If it’s funny, its just a bonus that befits my positive and happy-go-lucky character.

“Also, He-Man and Skeletor were monumental figureheads in my youth. For such a crap cartoon, those guys really made an influence on my aesthetics.” 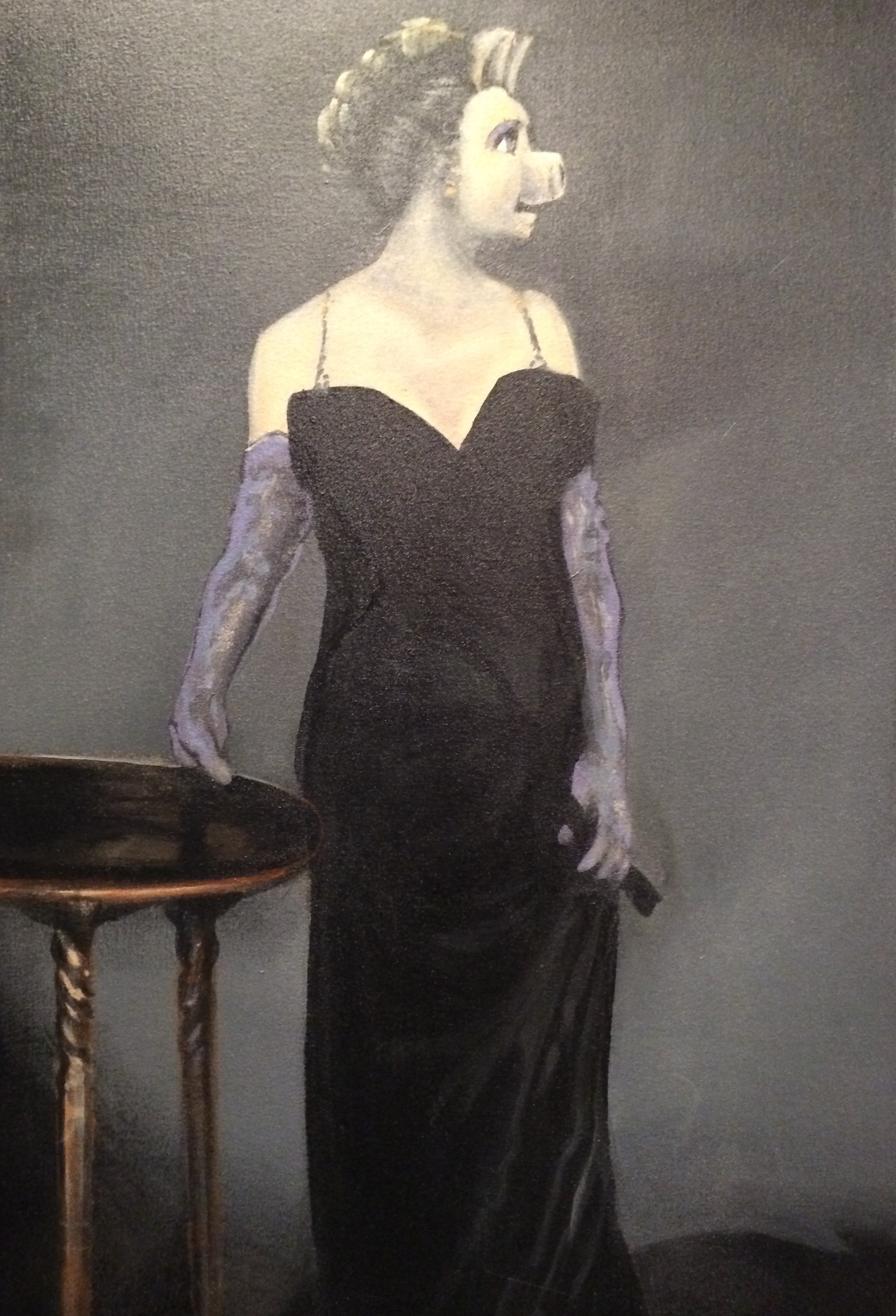 Other cartoon treatments include Vermeer’s Girl With A Pearl Earring, which has been subverted into a comment on the Dutch exploration of the Orient with the addition of Japanime’s Sailor Moon character; The Teenage Mutant Ninja Turtles in Raphael’s School of Athens fresco from the Sistine Chapel; and Miss Piggy as John Singer-Sergeant’s Madame X.

“ The genesis is always a play on imagery,” Hecker explains. “I take a masterpiece and try to establish a connection between what’s being portrayed and a cartoon character who either looks characteristically similar, or storyline-wise might fit in the scene.

“I then transcribe the layout of the masterpiece on canvas and replicate it, later adding in the character. 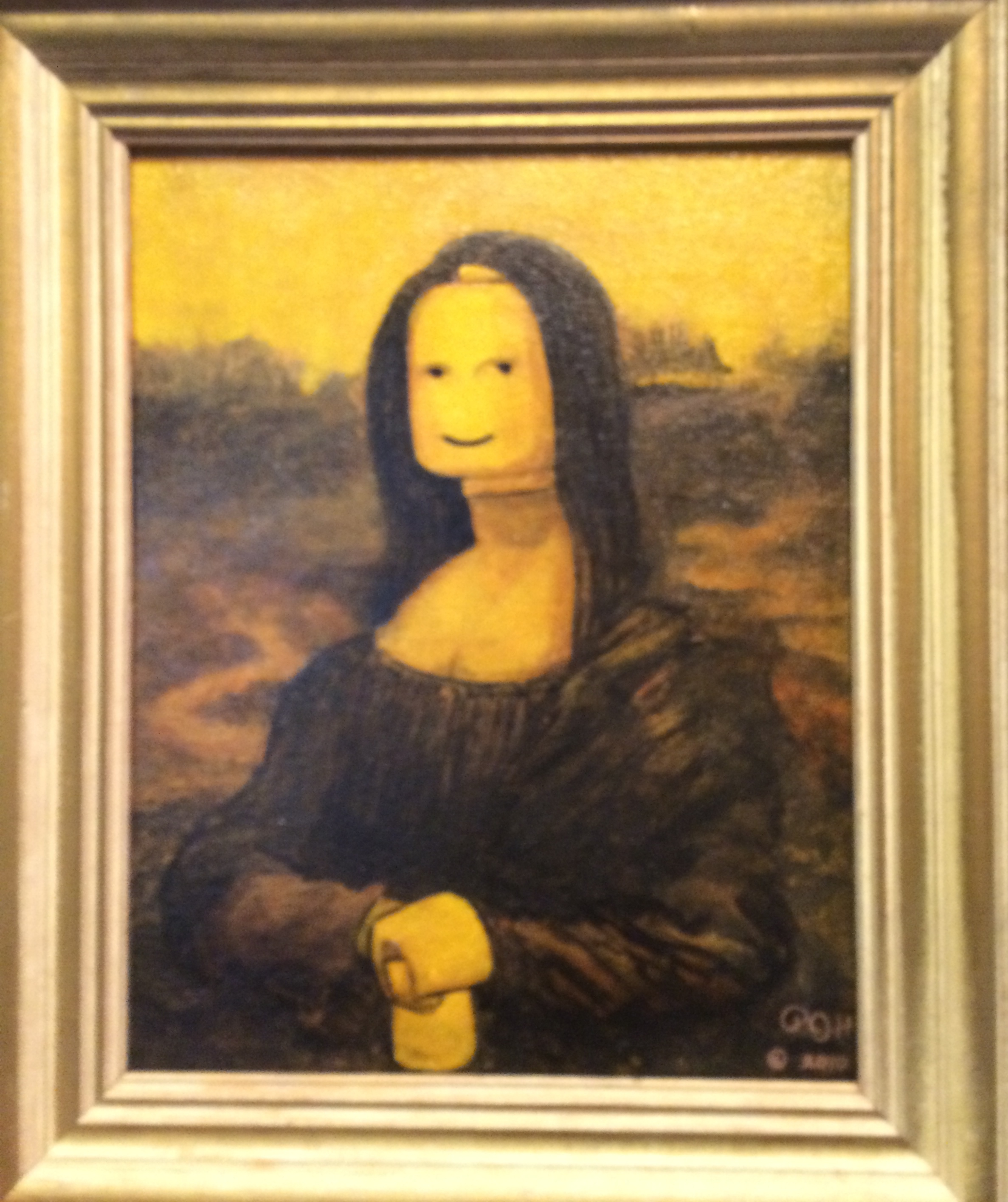 “I usually work up three to six paintings at a time from start and sometimes more – as it’s hard to ever call anything finished.

“Works that are grouped together like this often take on similarities in color and style, forming a little unit or mini series.

“I date them with a year of completion, but it only loosely defines a timeframe. I’d say most of my paintings take a year or two, because of the seemingly unending details and multiplicity of simultaneous works.” 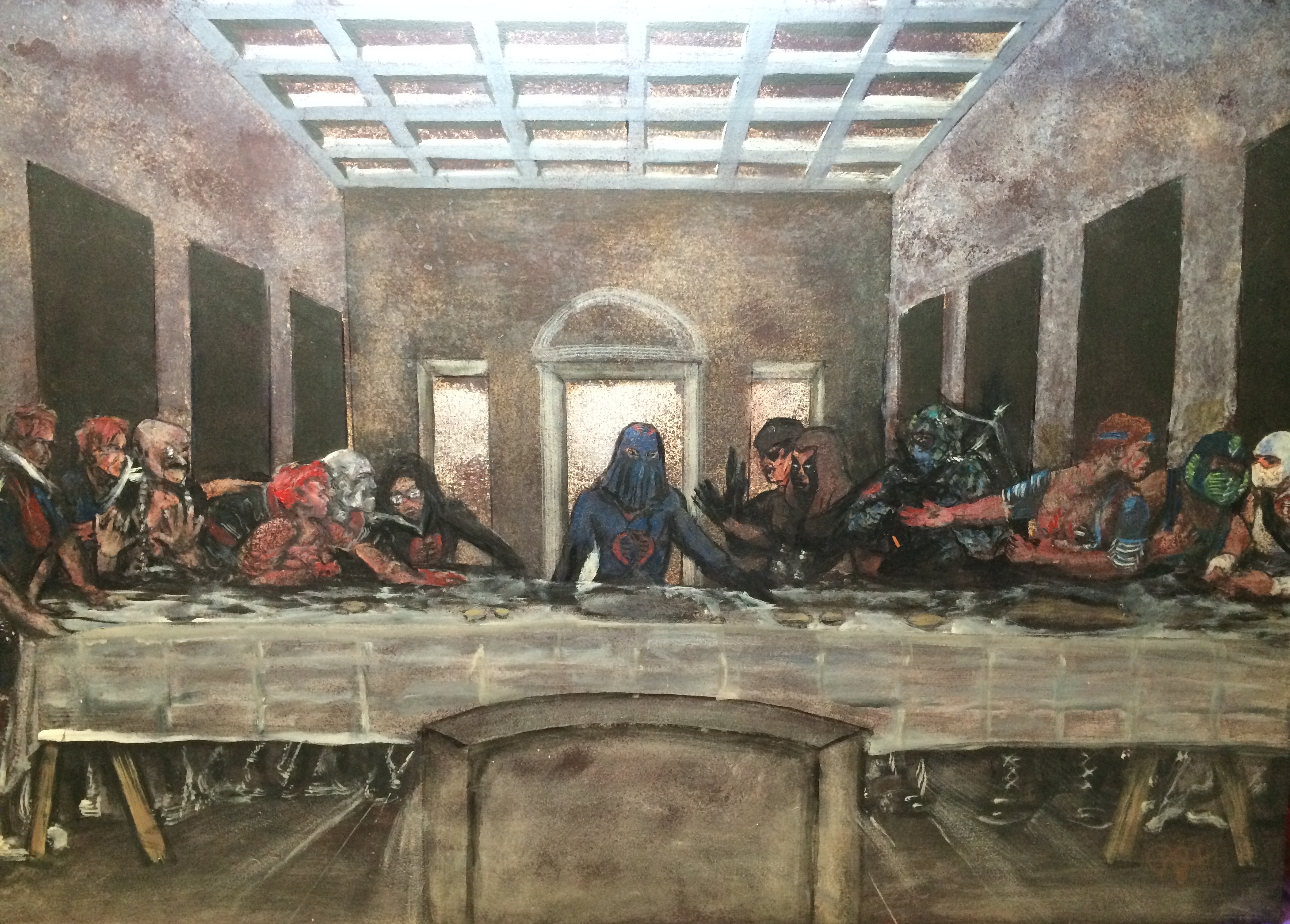 Hecker recently exhibited at Brouwerij Lane craft beer store in Brooklyn, where over 20 of his cartoon-based works were displayed at a show entitled Masquerading Masterpieces.

For the future, he’s sticking to the cartoon theme: “I have a couple more classics to replicate, some French and Italian greats and maybe some Asian and African art artifacts. Time will tell. I have in progress a segue series of oil paintings of Dali paintings starring Disney Princesses.” 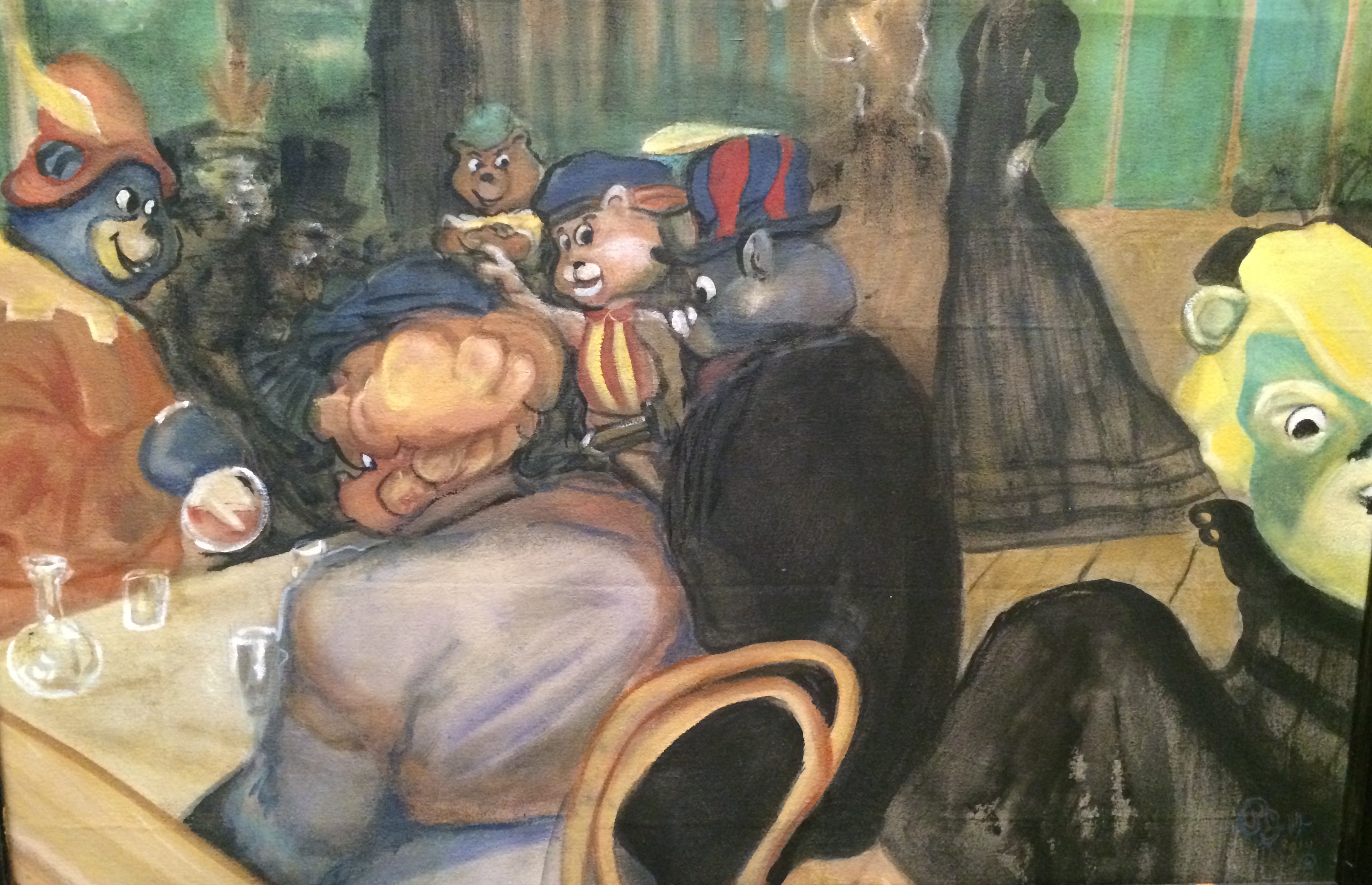