Muhammad Ali taught me to box, but tequila won’t KO you

on May 6 | in Culture | by Boo Paterson | with No Comments

British TV star Cleo Rocos has told how boxing legend Muhammad Ali taught her to fight in Manhattan – and how she’s now letting New Yorkers dodge a knock-out blow by inventing a tequila that doesn’t give hangovers.

The presenter – who rose to fame on the Kenny Everett Television Show – came up with an award-winning tequila so pure that thumping headaches and nausea the day after are a thing of the past.

“I love to party, and I don’t mind paying the bar bill, but I do mind paying with the next day of my life,” says Rocos.

“Because of that, I went out to create the antithesis of the experience that people have on tequila and the main ingredient of my AquaRiva brand is 100 per cent agave. I spent a long time making it to reduce the methanol, which is the part that gives you the headache, and a lot of manufacturers don’t bother.” 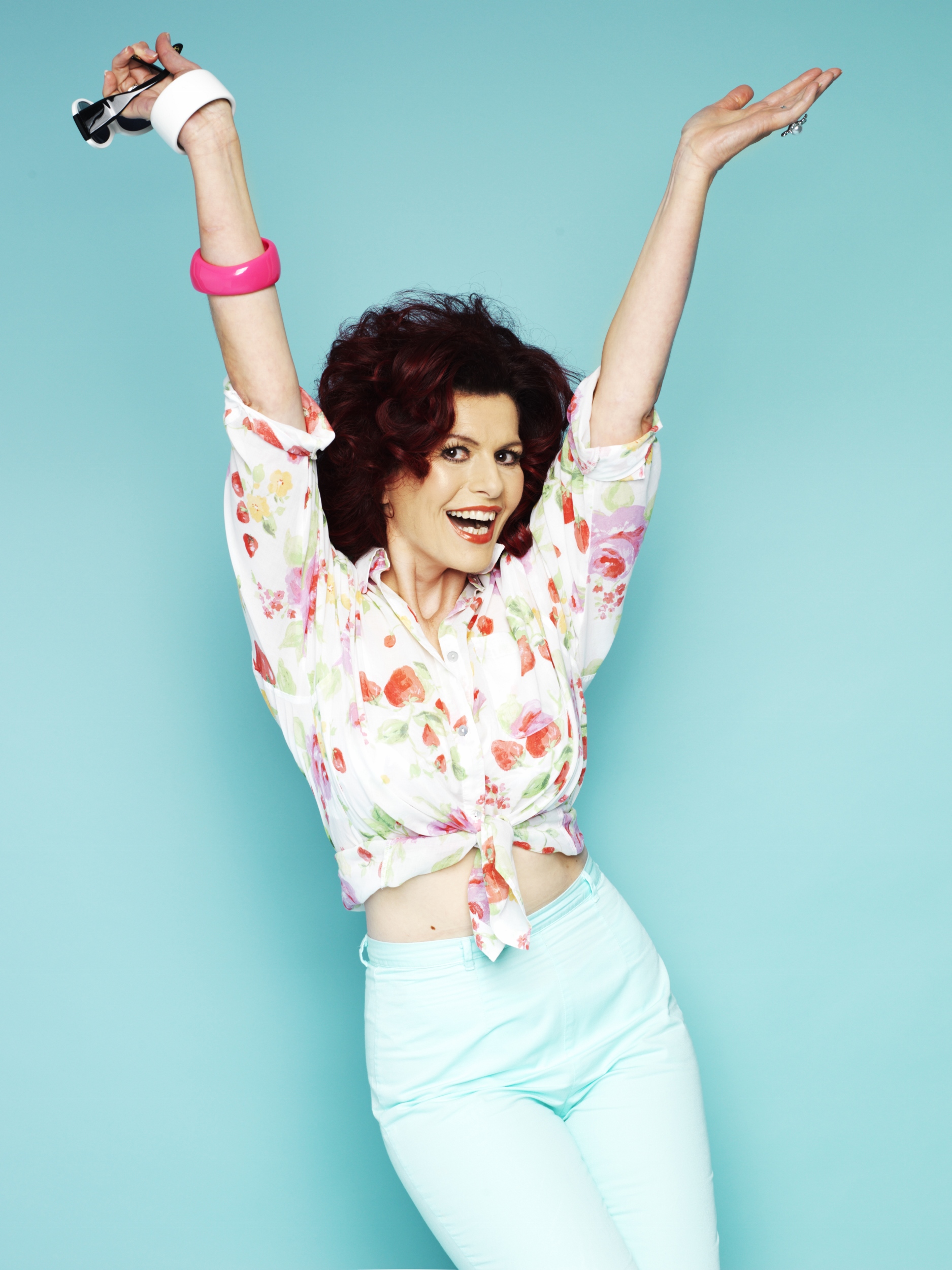 Since she released AquaRiva, Rocos has been inundated with hundreds of emails – many from celebrity tipplers – saying her tequila doesn’t give them a sore head.

Now she’s bringing the hangover-free experience to New York, a city she’s been visiting since she was a child, and where she had her run-in with Muhammad Ali.

She explains: “My family travelled a lot and we were living in New York, staying in an hotel. Muhammad Ali was there doing a press thing and he stopped to chat to my brothers.

“He said to me ‘Are these all your brothers?’ I said yes and I added ‘I want to ask you what’s the best way to win in a fight,’ really meaning with my brothers when we wrestled.

“And he leant down and showed me very gently with his big fists, saying ‘If you think you gonna be hit, you punch first, you punch hard and you punch straight. 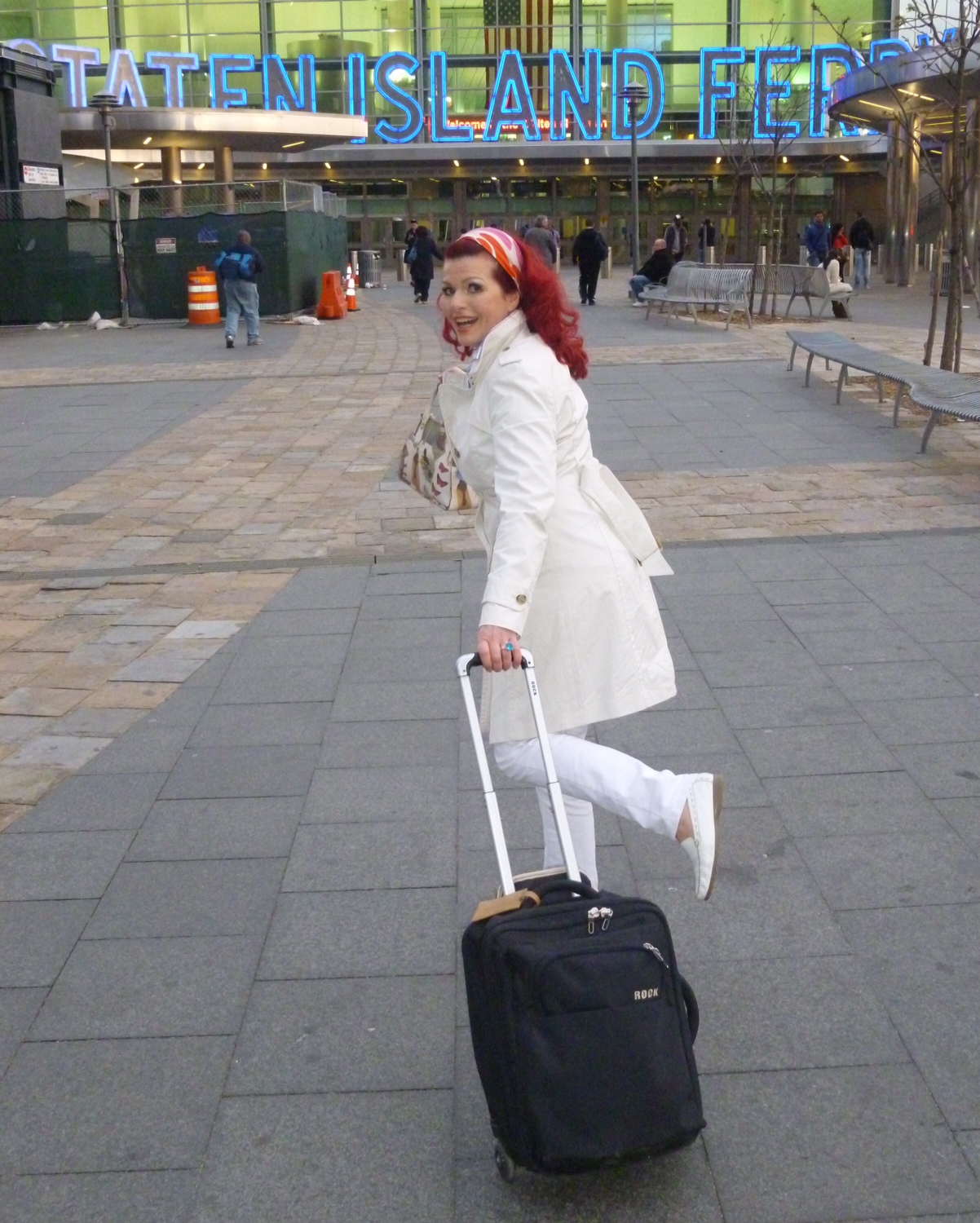 WORKING…Despite her celebrity, Rocos lugs a suitcase from bar to bar to sell her tequila

“He said you should never hook because someone can always block a hook. You just punch straight in. I was a tiny little girl – about 8 years old – and I’ve never forgotten that and his big lovely friendliness. Even as a kid you could just feel that – what a giant, lovely gentle guy.”

While she’s never had cause to use Ali’s fighting advice, Rocos is set to floor the her tequila competitors thanks to her determination to succeed through sheer hard work and effort, an attitude which has a real American Dream spirit to it.

With no care for her celebrity status, she does all the dog-work in person, lugging a suitcase of stock from bar to bar in Manhattan, persuading the owners to stock her product.

“I like to do lots of things and working in television is very restricting because you can’t always do the work you want to do and it’s not what it used to be. 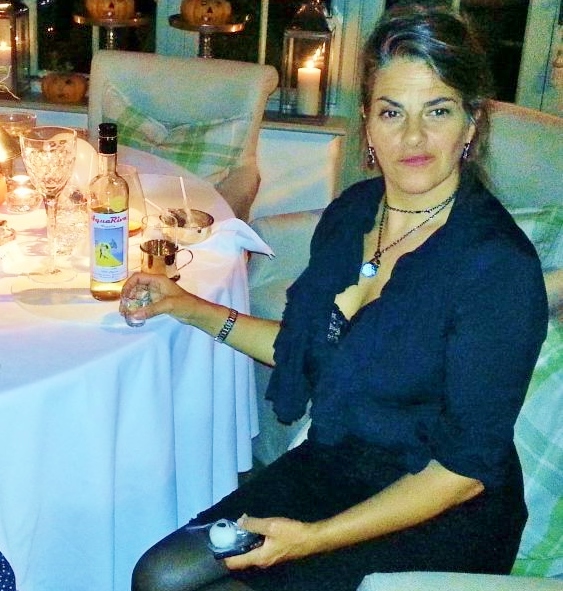 FAN…artist Tracey Emin with Cleo’s AquaRiva, whose label was painted by an art student

“I love going round the bars. I love it every time when I go in and people see the bottle for the first time. I purposely made it so it didn’t look like any other tequila bottle and each one is like a piece of happy art to me.”

There is a broader connection, too, between her tequila and the art world in general. In a rare move, New York-based artist Tracey Emin declared her admiration for both the drink and the artwork on the bottle, which was painted by a 17-year-old art student that Rocos met on the London tube.

“I met the art student, Jamie Stiby Harris, just at the time I was creating the label for AquaRiva,” says Rocos. “After seeing his artwork, I commissioned him to paint my label and the remit was ‘Your first day of holiday’ and the oil painting he did is of him and his girlfriend dancing on the wing of a seaplane. 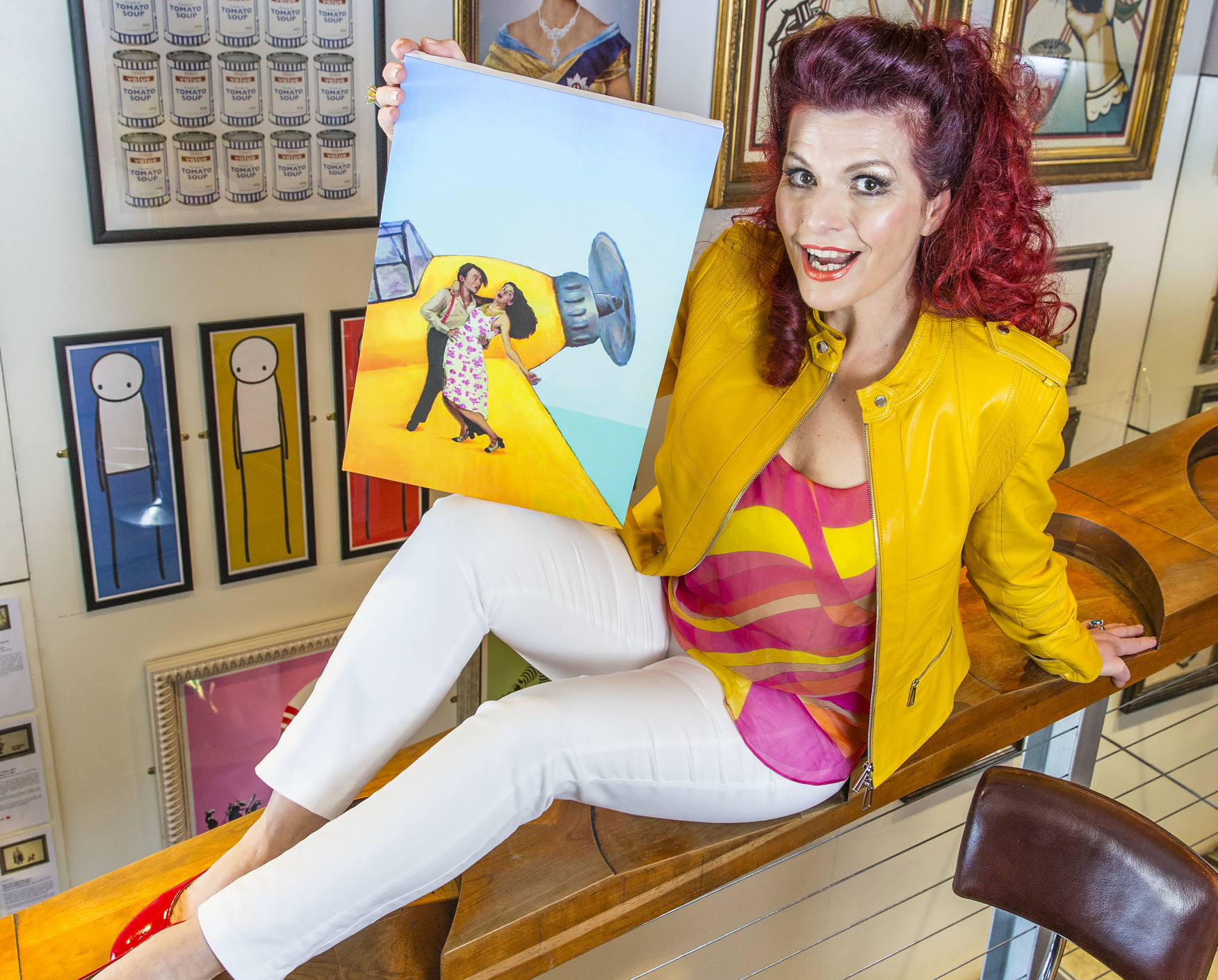 PAINTING…Cleo with the painting that became her bottle label. Pic by Andy Barr

“It’s a great opportunity for Jamie that Tracey likes his work. And it’s such an honor that she loves my tequila.”

Emin isn’t the only one who likes the brand – it was recently voted the Best of the Best in the world’s biggest blind-tasting by Tequila.net in America.

And the feeling’s mutual, says Rocos: “I love New York. I love the way that when they speak their voices are like giant splashy posters – everyone speaks in 3D.

“All their words are badoingy, or like stretching a piece of chewing gum: everything is possible when New Yorkers speak.”