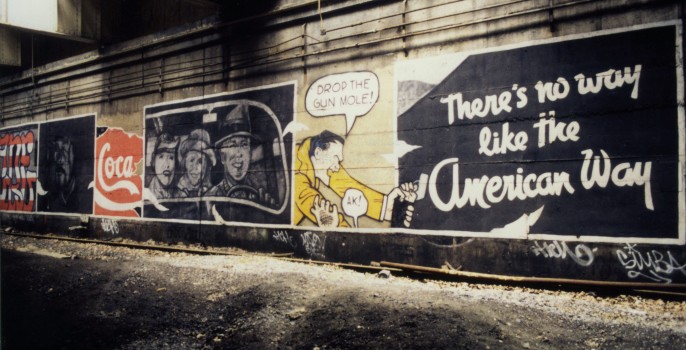 on July 22 | in About, Culture | by Boo Paterson | with No Comments

There is a dark, dank place underground, where art once flourished and where homeless people huddled beneath 20ft high copies of works by Da Vinci, Goya and Michelangelo.

Built under Riverside Park in the 30s as a railroad for Amtrak, it was monopolized by street artists when it fell into disuse in 1980, then christened the Freedom Tunnel after its most prolific and talented artist, Chris ‘Freedom’ Pape, who discovered it in his teens.

Pape said: “I grew up on the east side of Manhattan in the 60s, and I have very Man In The Grey Flannel Suit-type memories of that period. I spent a lot of time fishing objects out of a subway grating; they were the first things of value I had. 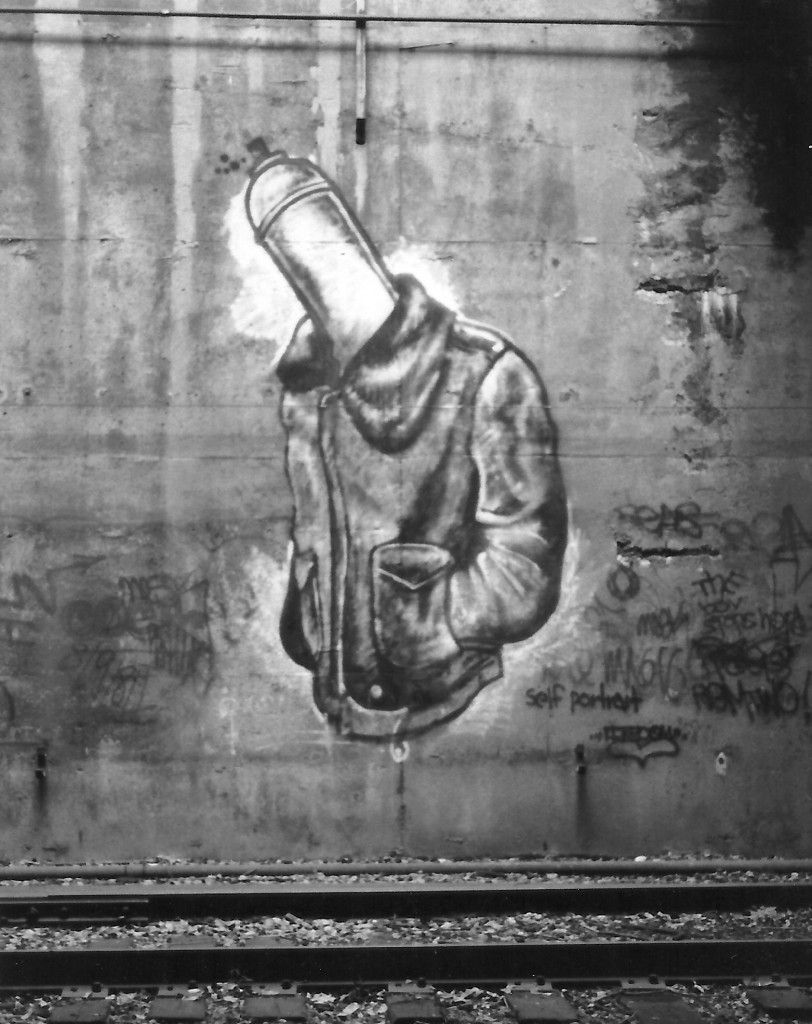 HEAD OF ART…Chris Pape’s self-portrait in Freedom Tunnel, one of the few remaining

“We moved to the rollicking west side in 1967 and the world got quite colorful, there was political graffiti done in spray paint everywhere, and the few tenements left standing had Puerto Rican flags painted on them. I was seven years old and absorbed it all.

“I began viewing subway graffiti in 1970 on the Broadway line, and cloned some of the names in my notebook – friends of mine in school did the same thing – and I started writing my own graffiti at the age of 14.

“There were graffiti writers in the tunnel before me, maybe five or six of them. My brother and I went down there in 1974 to practice tagging and ride the freight trains, it was fun and adventurous for a while, then we moved on to our next thing. 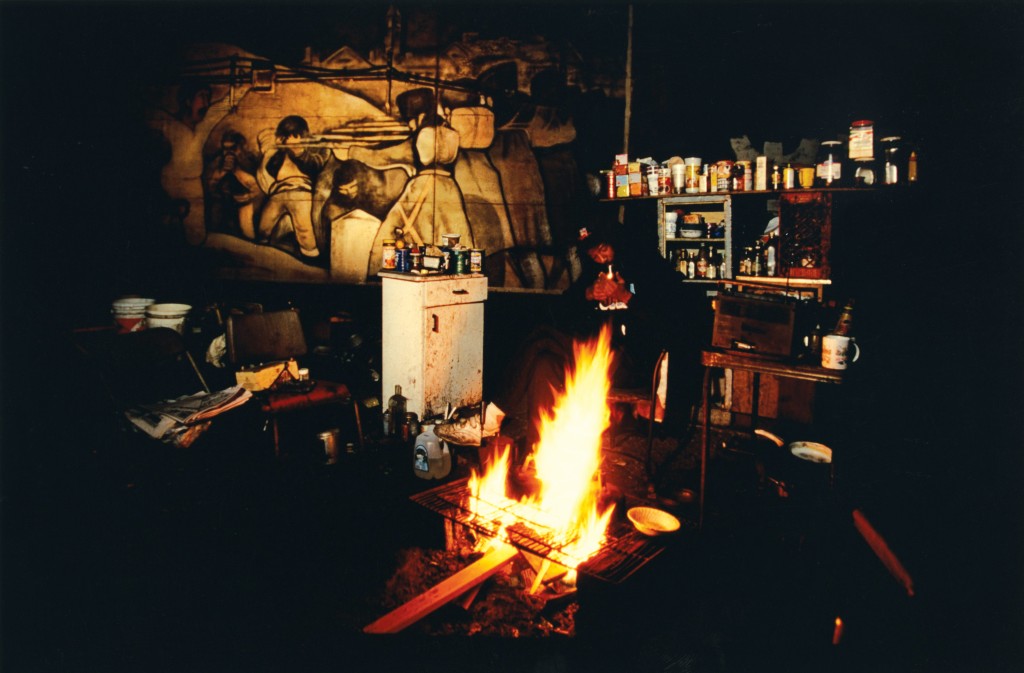 “I wasn’t scared because I was with my brother and our friends. But when I came back to the tunnel by myself in 1980 to paint for real, that was scary because I was by myself.”

Eventually Pape was joined by scores of homeless people, who created shantytowns below his paintings of Goya’s The Third of May, the Venus de Milo, Michelangelo’s David, and Salvador Dali’s The Persistence of Memory, among many others.

These huge paintings were dramatically lit from above, as if in a gallery, by shafts of light streaming through the grates in the sidewalks of Riverside Park. 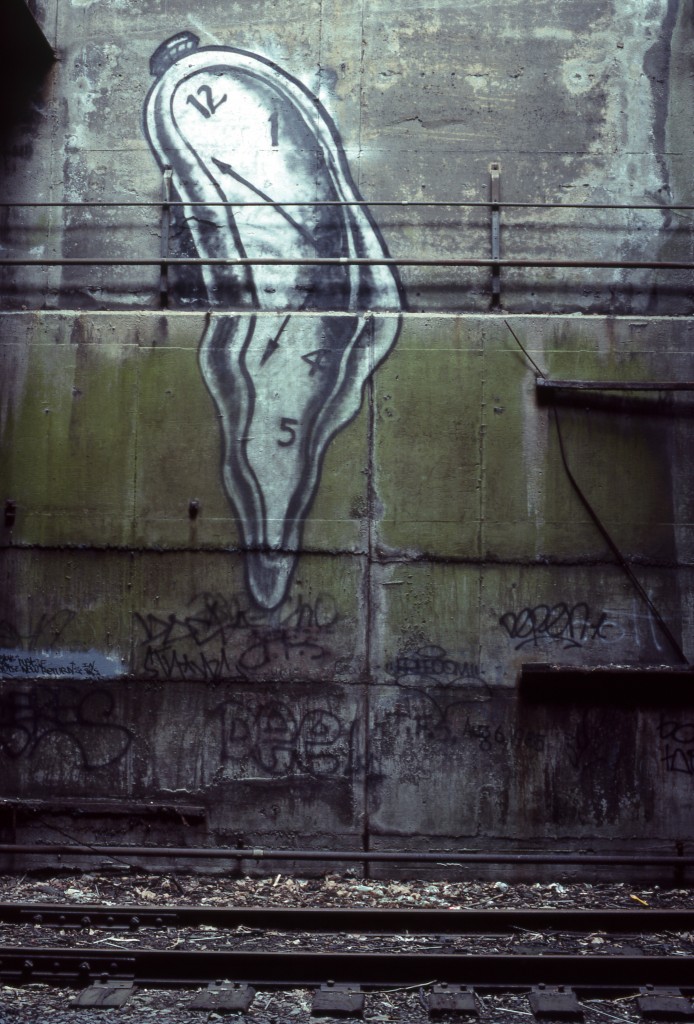 CLOCKING ON…part of Salvador Dali’s Persistence of Memory, by Pape

Father-of-two Pape, who now lives in Brooklyn, said: “I like galleries but I believe my art is more powerful in an environment like the tunnel. I replicated a lot of famous works because they were well known already and it gave the viewer one less barrier to hurdle.”

Fear of arrest wasn’t much of an issue for Pape, whose criterion for wielding spray cans was “if I felt I could defend the painting in a court of law, that was enough for me, I didn’t mind going to jail”.

At its height, almost 100 people lived there, while Pape painted vast artworks around them. He said: “I had painted in the tunnel for six years before the homeless moved in, so they were curious about me. I became friendly with most of them and my visits to the tunnel were much safer and even relaxing.” 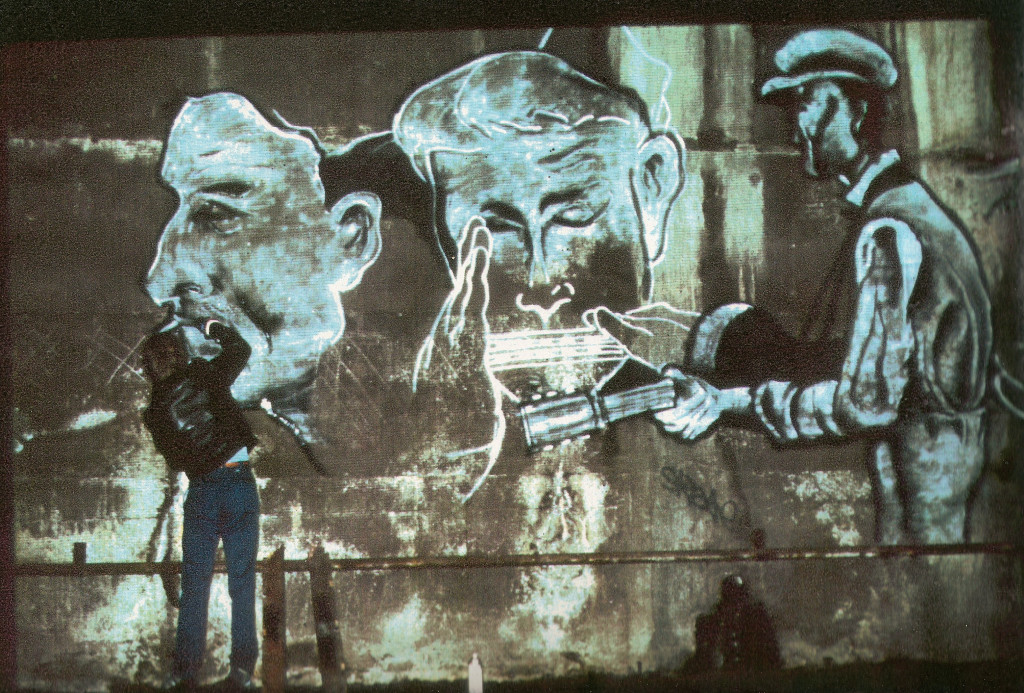 HEAD START…Pape in action painting Bound for Glory, a tribute to Woody Guthrie

But in 1991, the tunnel – which runs from 72nd – 120th Street – was reopened for trains and a mass eviction followed. The shantytowns were bulldozed and the tunnel was chained off.

Four years after the evictions, Pape completed his final work in the tunnel; a comic book-style mural, called Buy American, which commemorated the homeless and referenced their relationship with the city and the police.

This striking image became such a draw for urban explorers that in 2009 Amtrak painted over it, and many other murals, to dissuade trespassers from entering Freedom Tunnel. 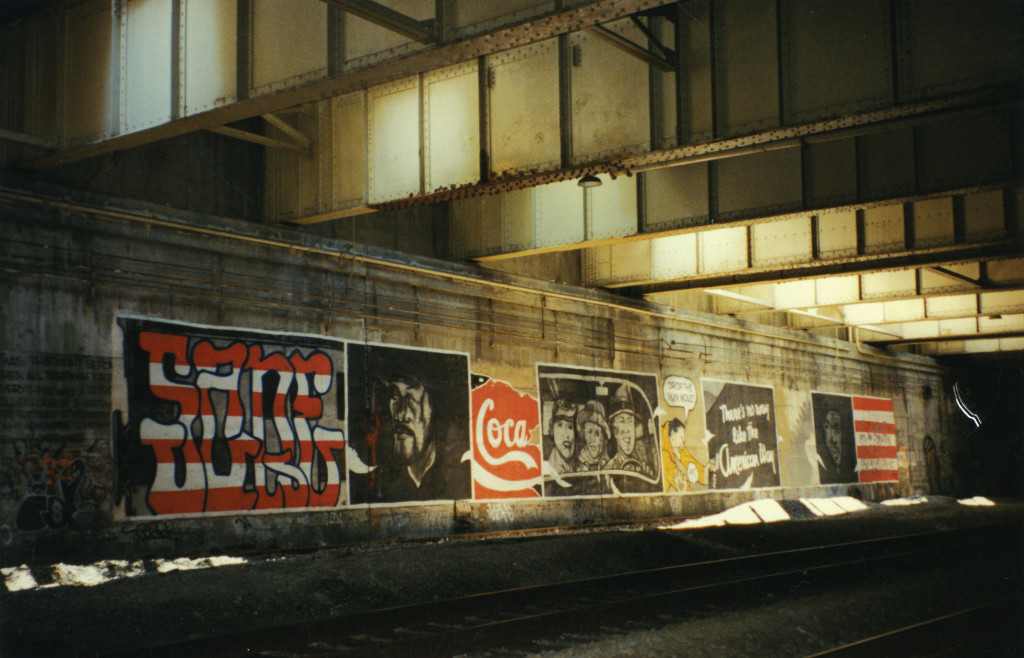 FINAL WORK…Pape’s Buy American mural, which was a tribute to the homeless, now painted over by Amtrak

But Pape’s work can’t be so easily forgotten. Recently, an artist named Gaia incorporated a portrait of the tunnel’s architect, Robert Moses, with the last visible remains of Buy American, giving it a new life.

Pape said: “I’m not sad the works were painted over, street art is truly an ephemeral form of expression. I’ve been very lucky – there are still about five of my paintings left down there, including my self-portrait from 1984.

“I’ve only been back a few times since I painted Buy American. After that, it took me a while to transfer my work to canvas – it was about five years before I was satisfied with my art – then I began showing publicly again.” 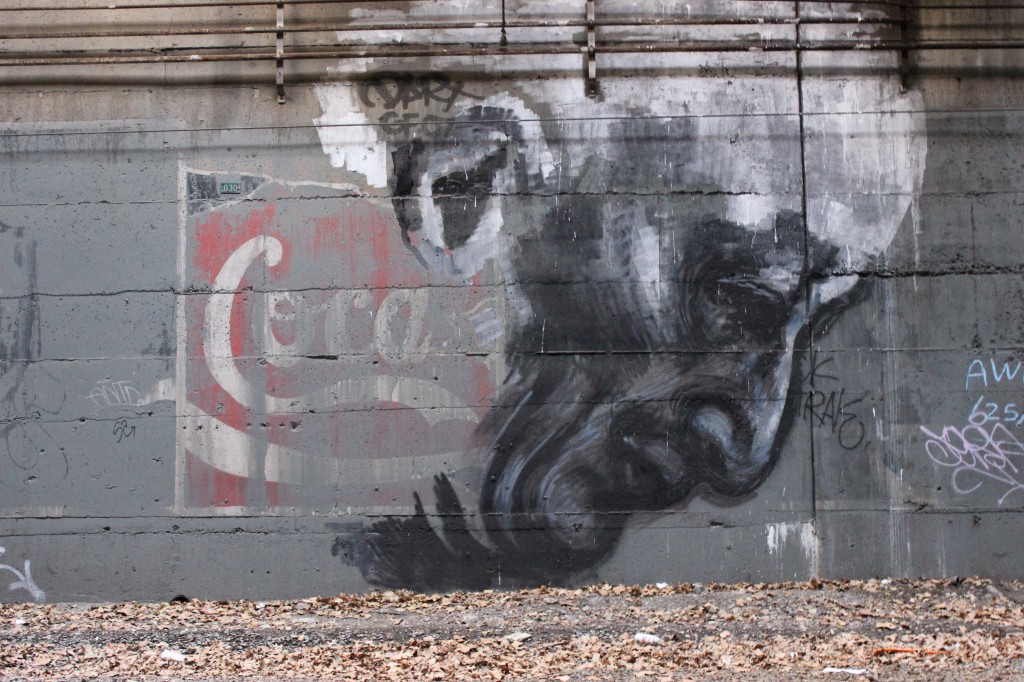 As well as gallery shows, Pape has also written several books, including the upcoming biography of a legendary New York street artist. Blade: King of Graffiti is the result of a year and a half of interviews with the artist and other key figures, and is released on April 28.

And even though he no longer paints in the tunnel that bears his name, Pape is still creating works of art in dark, secret places.

He said: “A few years ago I discovered a new tunnel in Rochester that I’ve been painting in, but I only do the exploration part so I can paint. You can ask my wife – I’m a big chicken.”

*Click here to see Mathew Ramirez Warren’s eight-minute documentary on Pape, Where is Art?, which sees him return to Freedom Tunnel to view the remains of his paintings.

*All photos courtesy of Chris Pape, except the Robert Moses portrait.