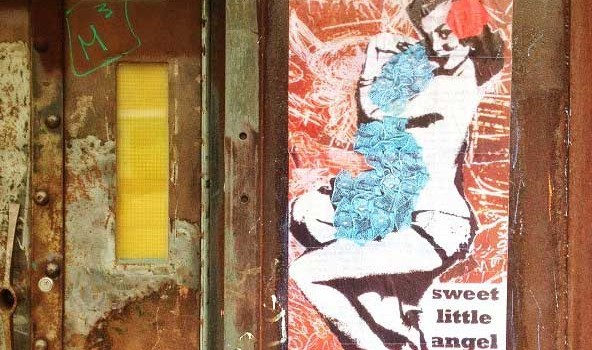 How not to get caught doing New York street art

on September 15 | in About, Culture, Vintage | by Boo Paterson | with No Comments

A renowned collage queen has revealed how not to get caught doing New York street art.

Astrodub – also known as Angeliki Jackson – has boldly taken her collages from the gallery to the street to allow a wider audience to see her work. But she admits that it’s a hazardous, nerve-wracking task.

She says: “Not being caught is a huge risk one has to take. It helps to be familiar with the area and to have someone trustworthy accompany you, watching out while you do the work. 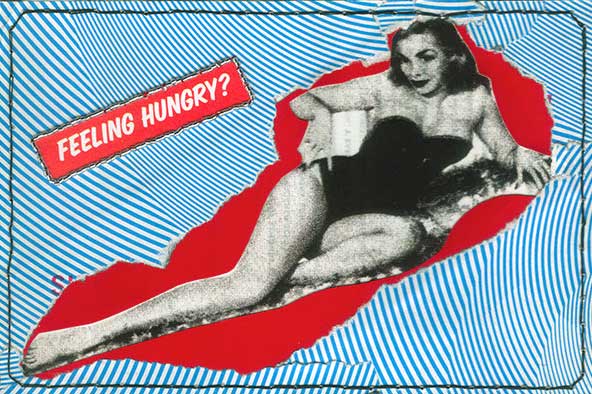 “Thankfully I have not been caught or nearly caught so far. I am careful about placement and being detected. But no-one who’s seen me has given me a hard time. Passerbys may glance, but mostly don’t care.

“I do most of my pasting during the day. I have pasted at night once, but it is more expected and more risky. I cannot get into specific details about the wheres and hows of doing it, but I’ll say this: I am nervous! Street art is considered vandalism and it is highly illegal and punishable by law.”

Astrodub came to prominence for many as one of the original photographers of graffiti on Instagram, which gained her a massive 152,000 followers and invitations to work with big businesses, such as Delta Airlines, New York Rangers, Panasonic, and Burger King. 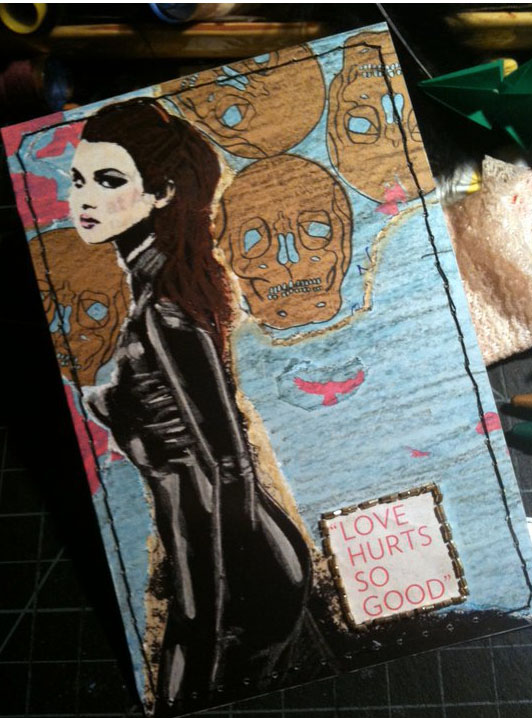 And it was through documenting street art for Instagram that the Queens-based artist decided to take her work out of galleries and post it outdoors.

She explains: “I thought ‘why not place my art out there as well?’. If anything, it creates awareness and that’s what it’s all about. I wanted to gain some exposure along with offering passersby something to look at and perhaps talk about. Art has to be seen.”

Describing her style as Stephen Sprouse meets Roy Lichtenstein, Astrodub works in very small scale – 4 x 6 inches on an average – then blows these up to poster-size so they’re easily visible. 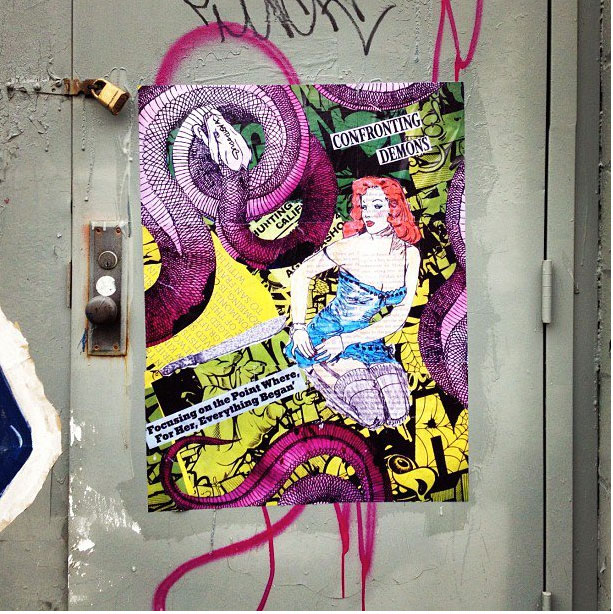 She says: “I scout magazines, newspapers and the like for interesting looking designs on paper and then use them to create backgrounds for bombshells, pin-ups and sexy women in general.

“My collages are meant to inspire, empower and amuse women. There is always some crass or witty type in every piece and that’s why that aspect of my art was initially named “In Stitches”; both because it is actually embroidered and/or stitched on paper, while conveying something funny.”

Typically, street art doesn’t last; either cleaned off by the elements, another artist or the authorities. Despite her popularity, Astrodub is no exception. 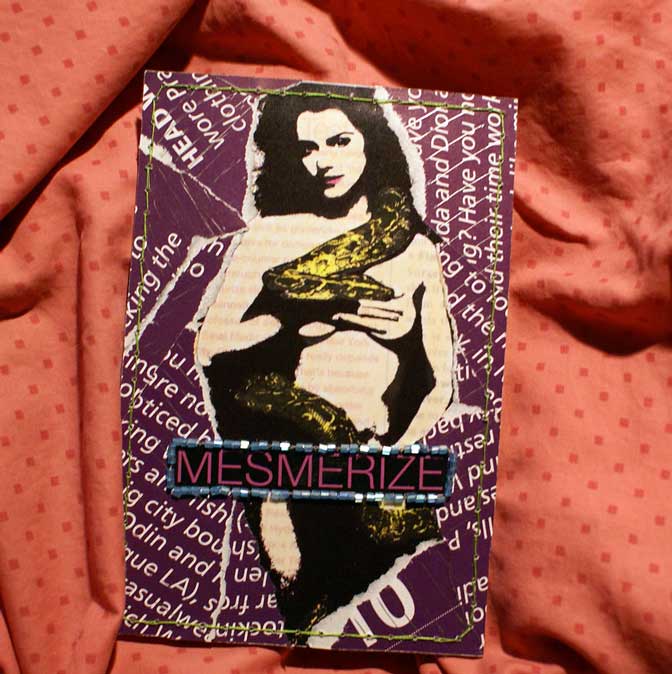 She says: “I haven’t been able to get much art on the street recently, though I believe there is still a piece or two hanging out in Williamsburg and in Bushwick.”

But in a neat twist, her work is being documented with an #astrodub hashtag on Instagram … her legions of followers saving her art for posterity, as she captured that of the artists before her.

* You can buy Angeliki Jackson’s art and view more of her work at  www.astrodub.com