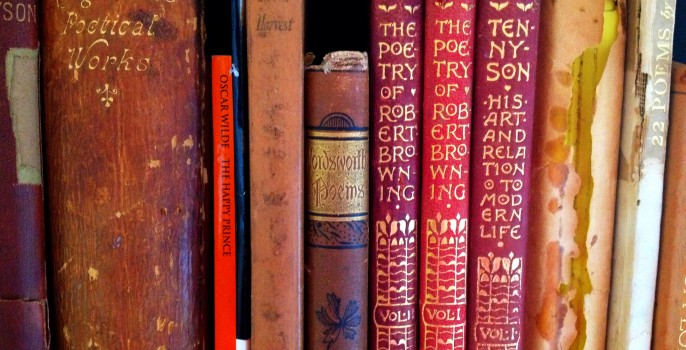 On every apartment wall from floor to ceiling, and on every shelf and table, there are old books. It is New York’s finest whispered tip; no signs, no website, no storefront – this is the secret bookstore. 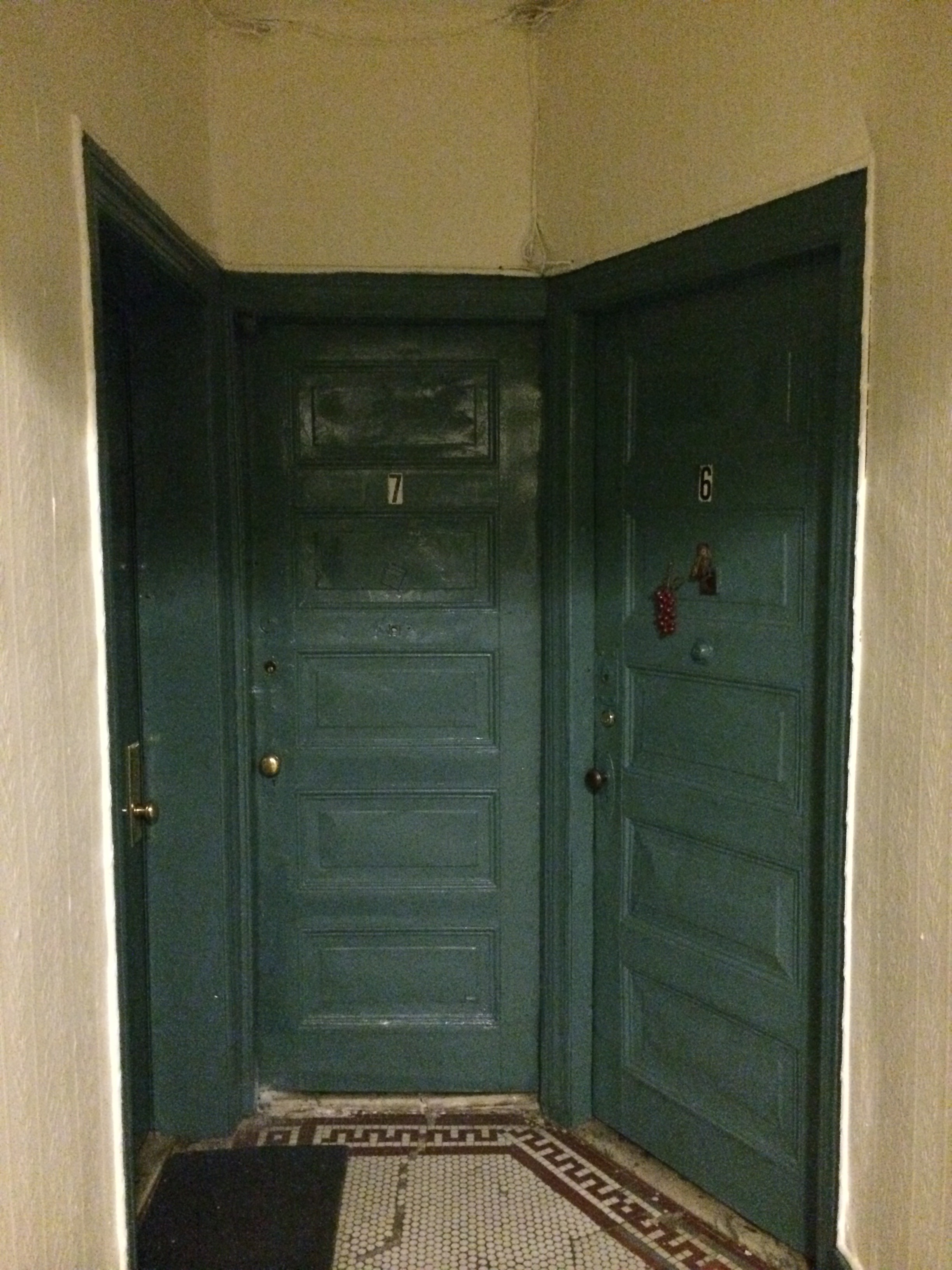 Ageing, faded spines of rare first editions crowd next to vintage paperbacks and tomes on art and the Renaissance. Books loom over readers from doorframes and jut out from wooden shelves nailed to the backs of doors.

Mysteries are appropriately hidden in a shelf-lined closet, an antique wooden cabinet holds books by Seidenberg’s favourite author, John Cowper Powys, and on the supporting walls between rooms are narrow bookcases of mass-market non-fiction and mass-market fiction. 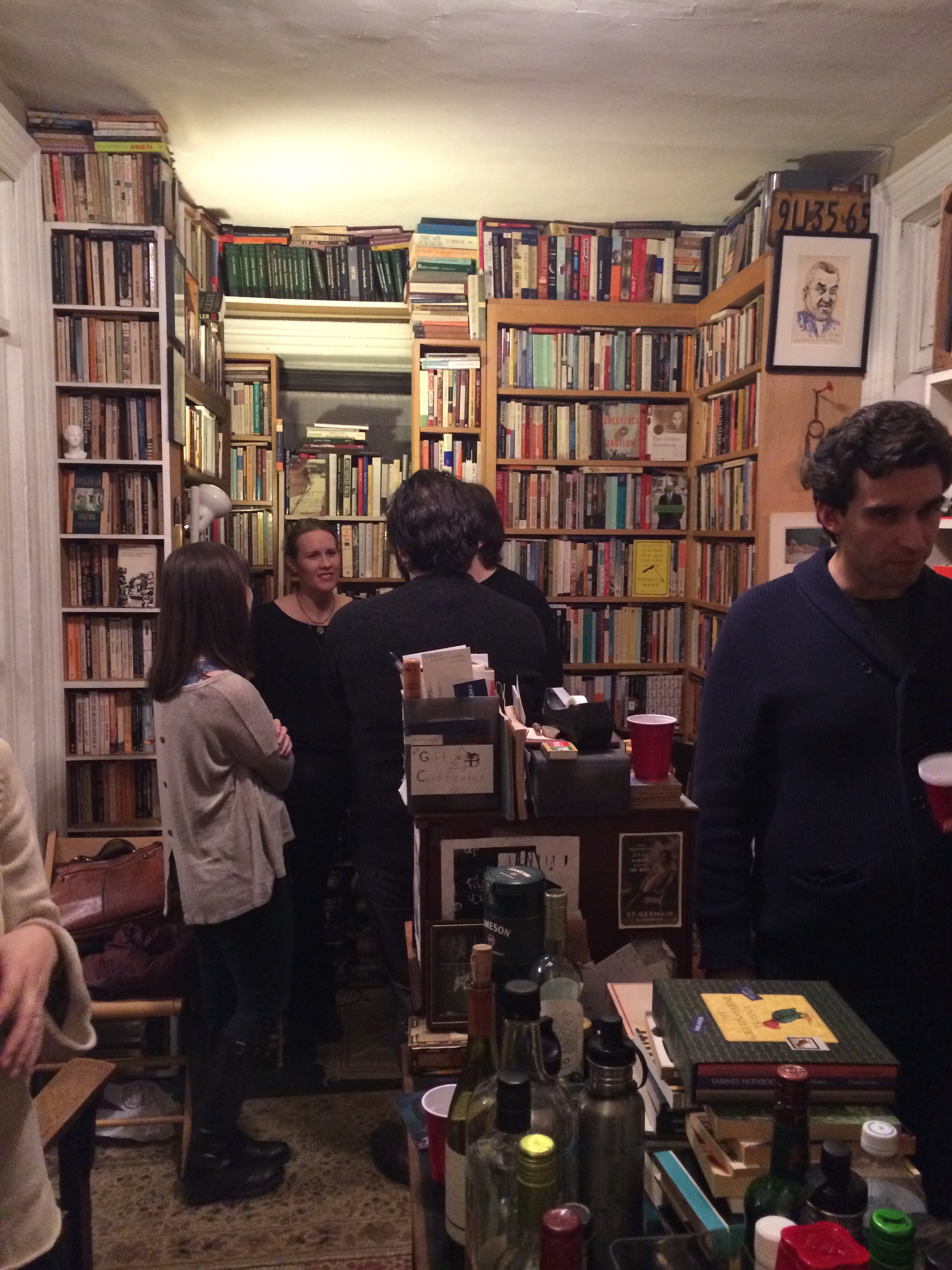 In an era when skyrocketing rents are forcing bookshops to shut up shop, Seidenberg has cut himself a new path with the current incarnation of Brazenhead Books, which started life in the 70s.

He says: “I have always loved books and had the fantasy that all book nerds have of opening my own shop. I was a traveling puppeteer doing shows all around upstate New York, when the fuel crisis forced us to open a permanent location in the city.

“We opened a theater working out of a storefront in Brooklyn and it was large enough I could have a bookshop in the front. After two years I wanted to concentrate on the books and opened my first puppet-free bookshop in Manhattan.” 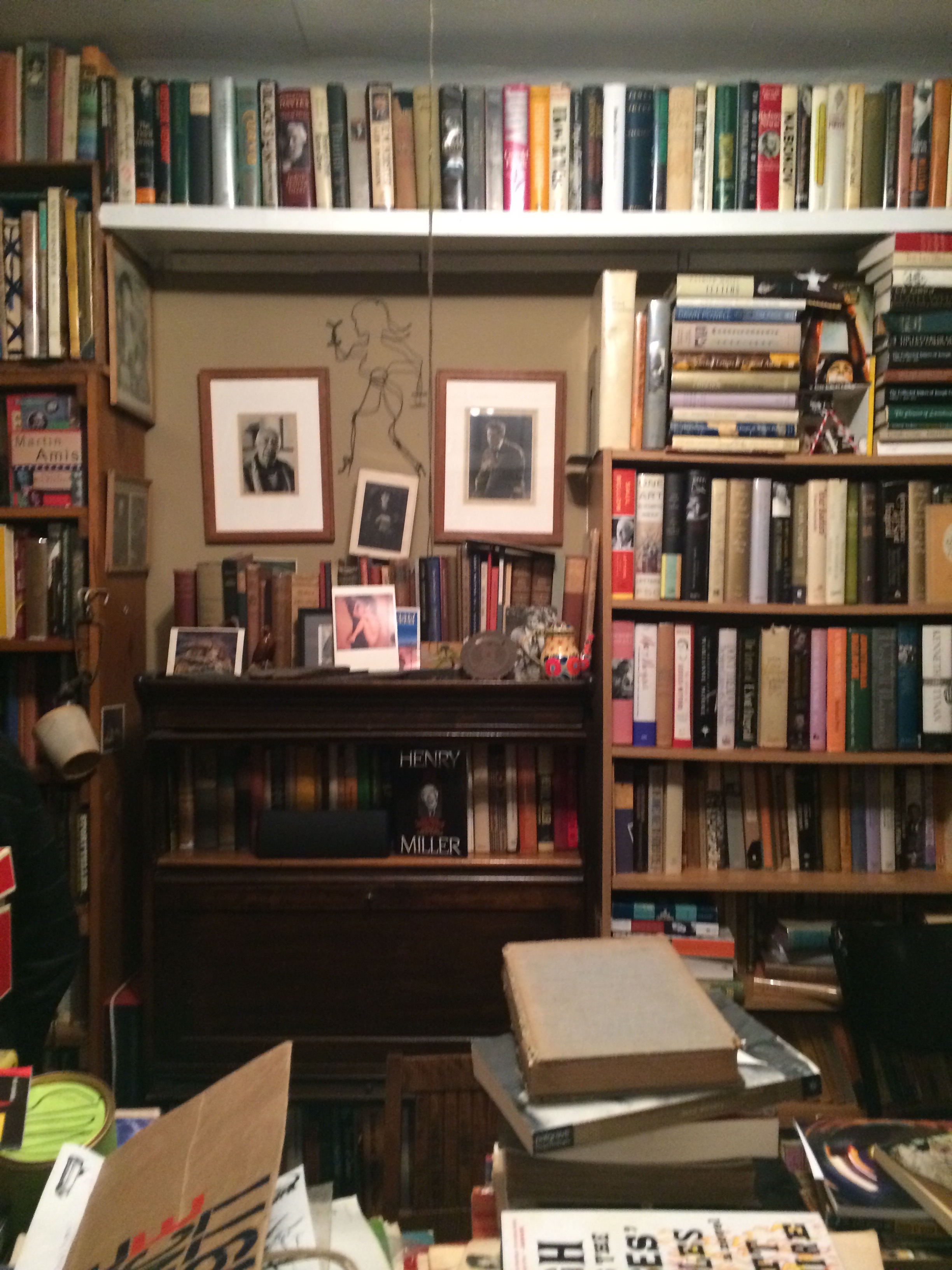 HUSH…Seidenberg doesn’t have a business card – you just have to track him down. Pic ©booyorkcity

He eventually moved that shop to the Upper East Side, but it struggled, and when the rent quadrupled he lost his lease and moved the contents of the store into his apartment.

Seidenberg explains: “People say you can never have too many books, but it was too many to live with. I moved out and let the books have the apartment. I continued to fill the space with books and sold them at book fairs and on the street, always thinking I would open the space to the public one day. It was ten years before I decided to make that happen.

“My friend and neighbor from next door helped whip the rooms into shape, and after months of work it was ready. 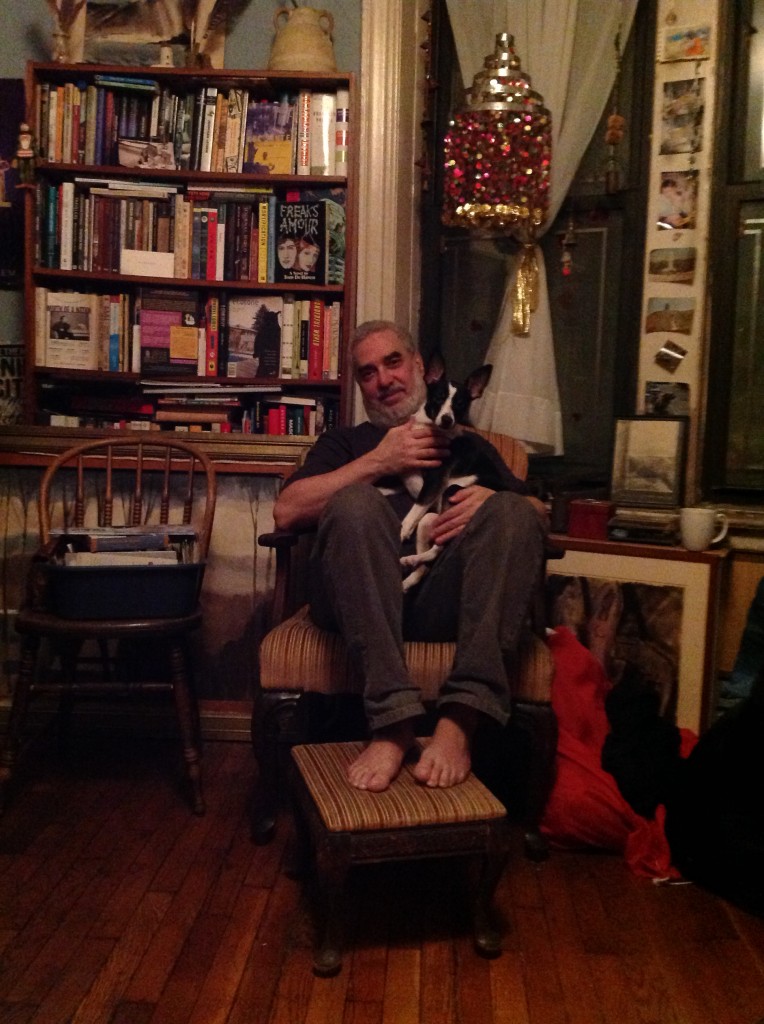 Visiting is by appointment only, though Seidenberg has open house nights on Thursdays and Saturdays so people can drop in throughout the night. There are even salon-type evenings, where you can hang out, have a whisky and chat, probably – but not necessarily – about books.

Seidenberg explains: “The salons are not so much organized literary events but rather people drinking and talking, the fact that the place is filled with readers and writers makes the conversations bookish. I do have other events from time to time – book clubs, poetry readings, book launch parties – but these are usually run by others. Since I feel lucky to be able to have this space to do what I do, I try to help out other like-minded people who don’t have space.” 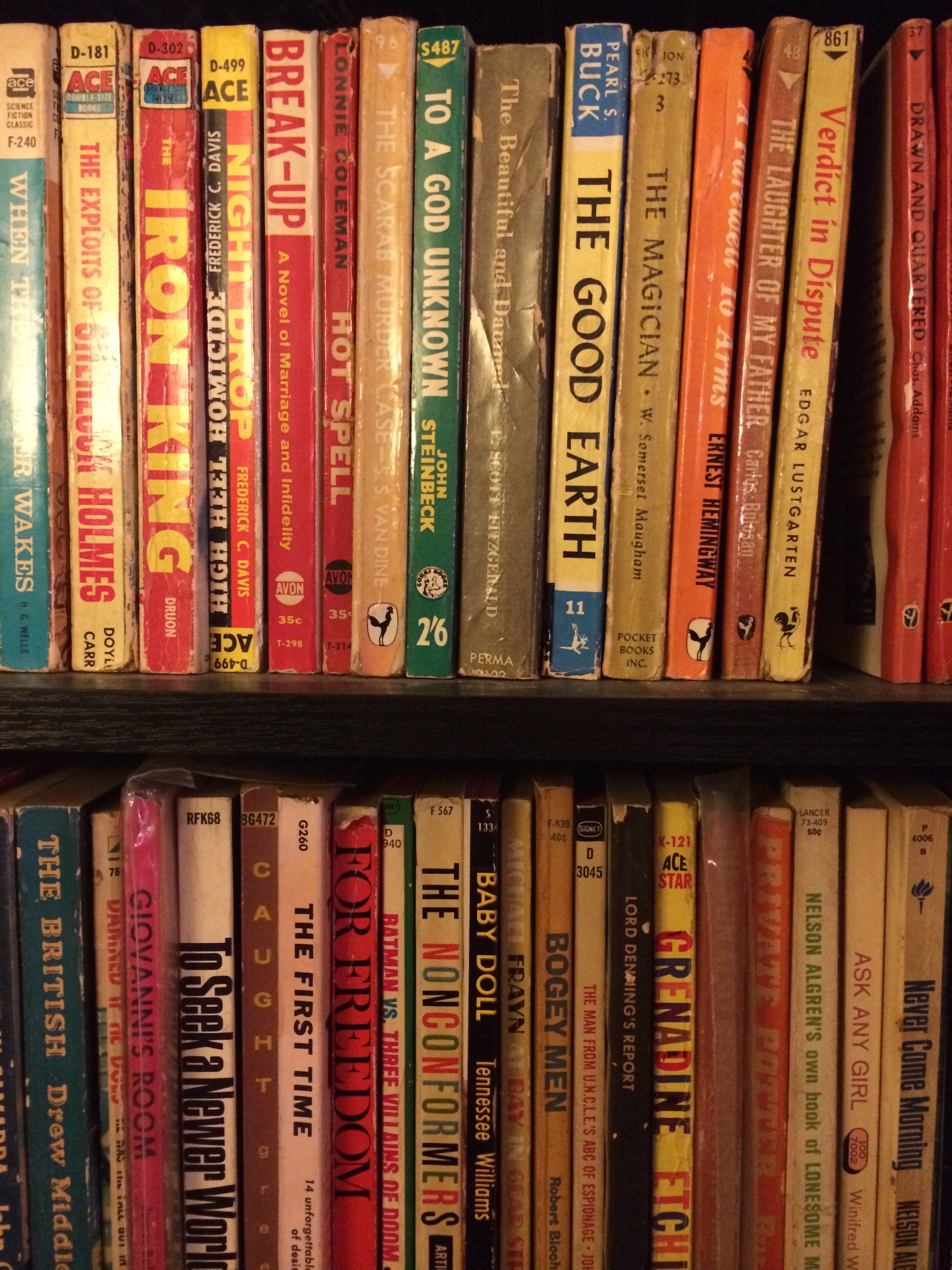 SPINES…the wares are tempting, but Seidenberg won’t let you buy on a first visit. Pic ©booyorkcity

Of course, the dilemma of a book lover in a house full of books is how to let them go. Seidenberg says: “It’s always a problem; what to sell and what to keep. It can be a bumpy ride. I have books in my shop that are not for sale; I just like to share them with people without them giving them up, but I am trying to be less possessive. I have so many books I can’t even tell you the amount.”

And what of the future? Seidenberg is planning to move his magazine column, Unsolicited Advice For Living in The End Times, on to a new website of his own that will also host pieces by some of his regulars. Though one thing he won’t be doing is selling books online, saying “for me the transaction of selling books is a personal one. I don’t even like reading on the computer”.

In Andrew David Watson’s short film, Seidenberg says that Brazenhead Books isn’t what people would class a successful business, but adds, “if it’s all about money there are just much better things to sell – just sell crack; that’s a much better business”. 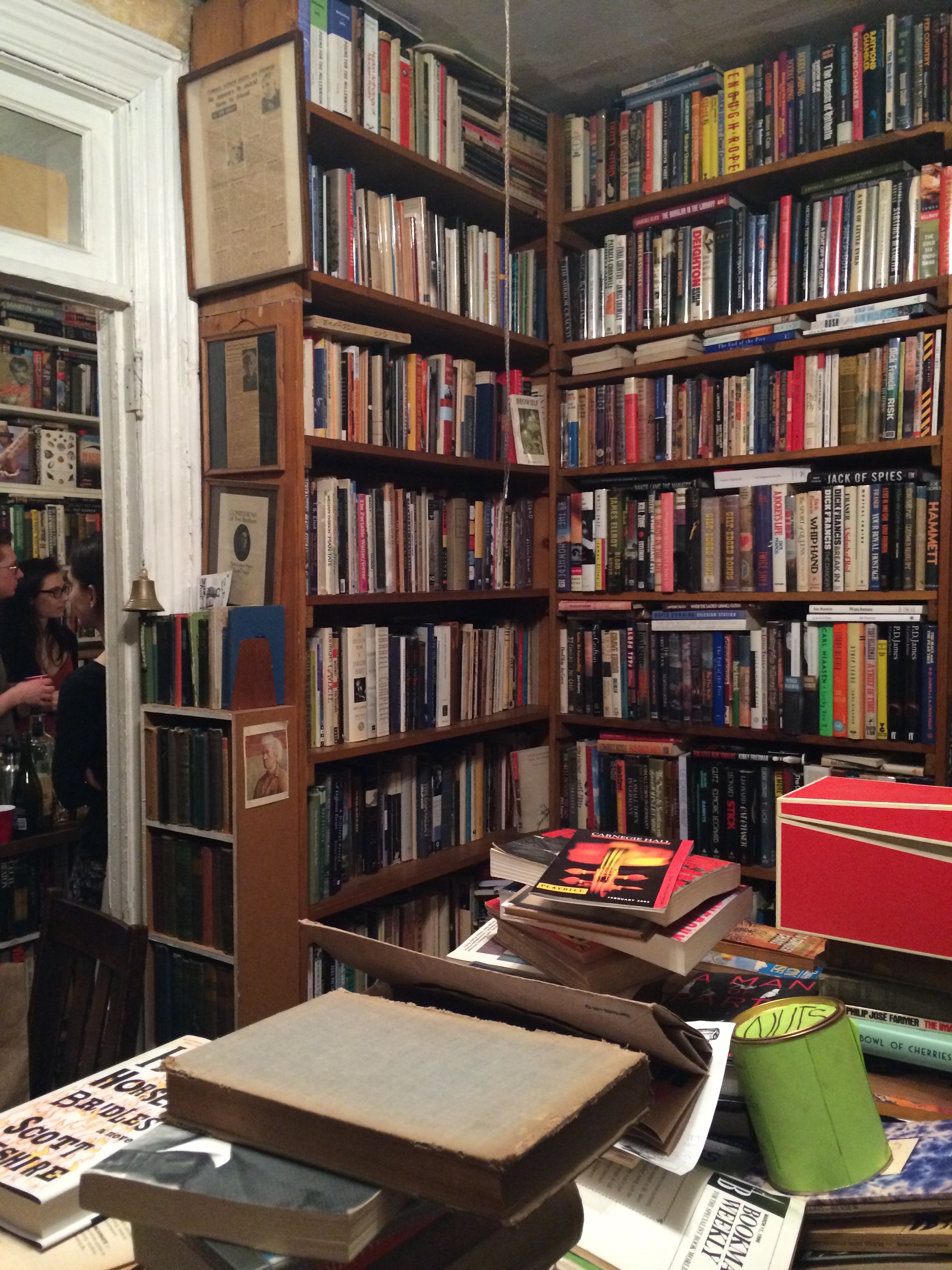 CRAMMED…Seidenberg’s secret bookstore has volumes on every conceivable subject. Pic by ©booyorkcity

He says: “It is a losing battle, I’m just one small bookshop in a city that once had thousands of shops everywhere and a book district around Union Square. Most everything I learned about books I learned from all the old bookshops I visited.”

But even though he feels the second-hand book business is perhaps doomed, he couldn’t be happier in the moment: “I love running the shop. It’s not the way I planned it, and I did have to alter my methods due to rising rents, but the outcome has been better than I could have imagined.

“There is no question that this is the best incarnation of my shop. Before opening it I was worried that it wasn’t a real bookshop and maybe I was just doing some strange vanity project, but it is totally fulfilling. I do what I want in my own way and people seem to love it. What can be better than that?”