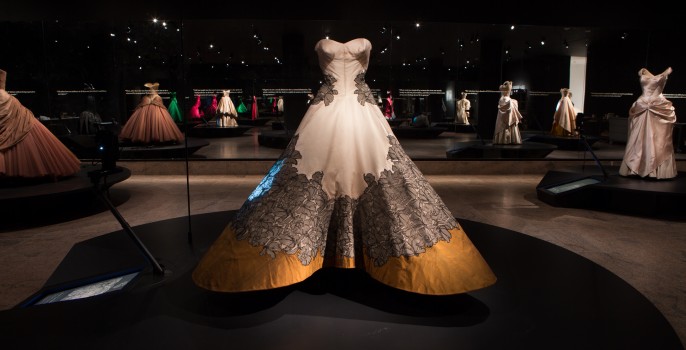 on May 28 | in Culture, Vintage | by Boo Paterson | with No Comments

Charles James was America’s first couturier, creating astonishing clothes out of things like cellophane and billiard cloth, but he has remained mostly unknown to the general public.

Now a new exhibition, Charles James: Beyond Fashion, at The Metropolitan Museum of Art aims to showcase his stunning designs, which went on to influence Balengicaga and Dior. 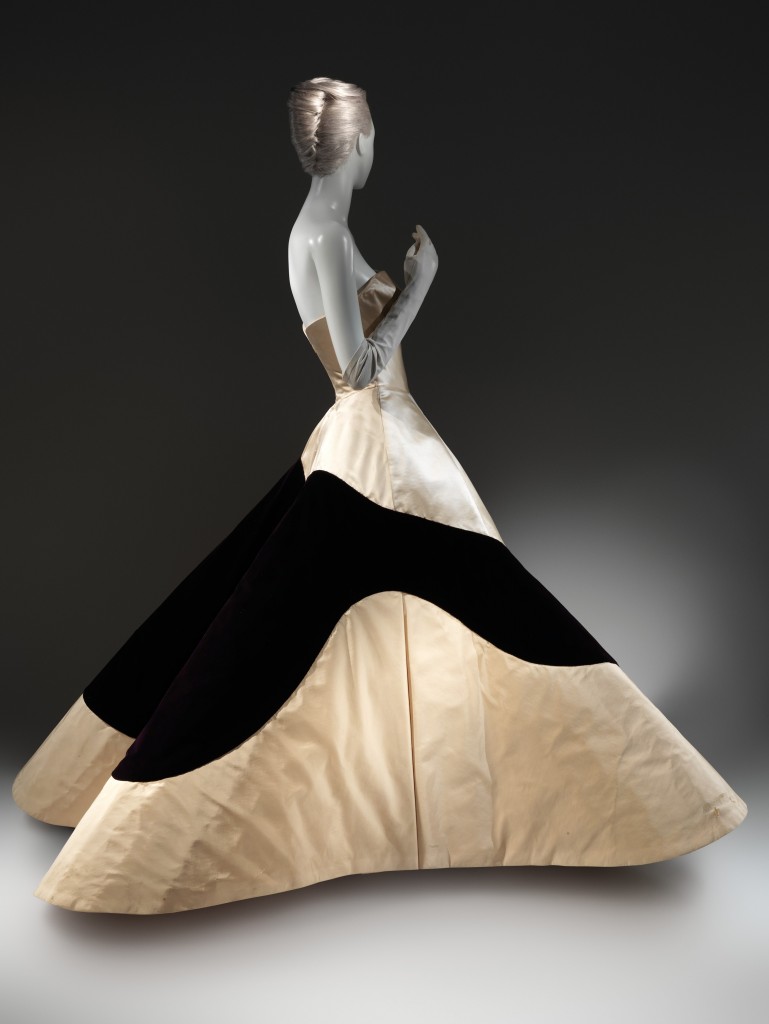 Consulting Curator for the Brooklyn Museum Costume Collection at The Metropolitan Museum of Art, Jan Glier Reeder, has researched his past for a new book and claims that James, who died in 1978 aged 72, really was ‘beyond fashion’.

She says: “He was an artist and a creative being who chose working with cloth as his main medium of expression.

“He was idiosyncratic in his approach, and there was a genius there; a creative genius that everyone who knew him noticed. Innumerable people used that term about him and – though he loved creating myths about himself – it was the one thing that I don’t think he made up. 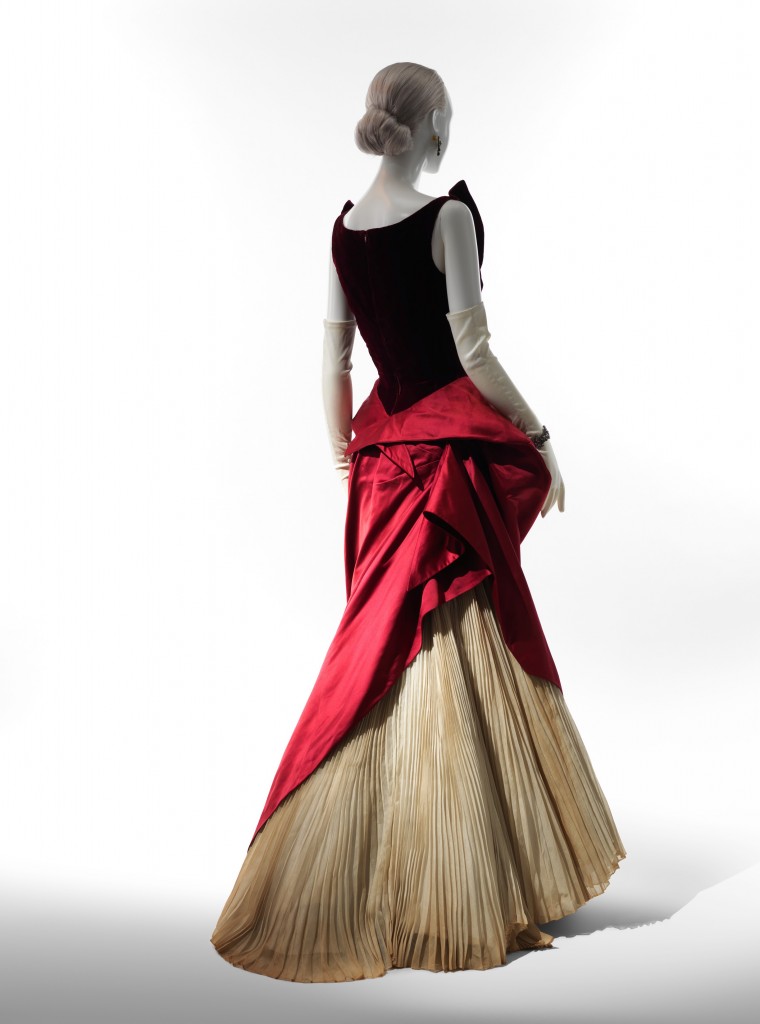 “James was prescient about so many things. In the 1940s he had a wealthy client who had a mink coat, and he said, “We must do something about the vulgar patina of this mink! He then took a pair of shears and sheared off the outer layer of the fur.

“This is one of many examples where he was the first to try something new; sheared mink didn’t become popular until the 1960s. He did these outlandish things that later became mainstream.”

Glier Reeder says that James was never constricted by the normal dressmaking conventions, theories, or techniques, which led to his use – among other things – of unusual textiles. 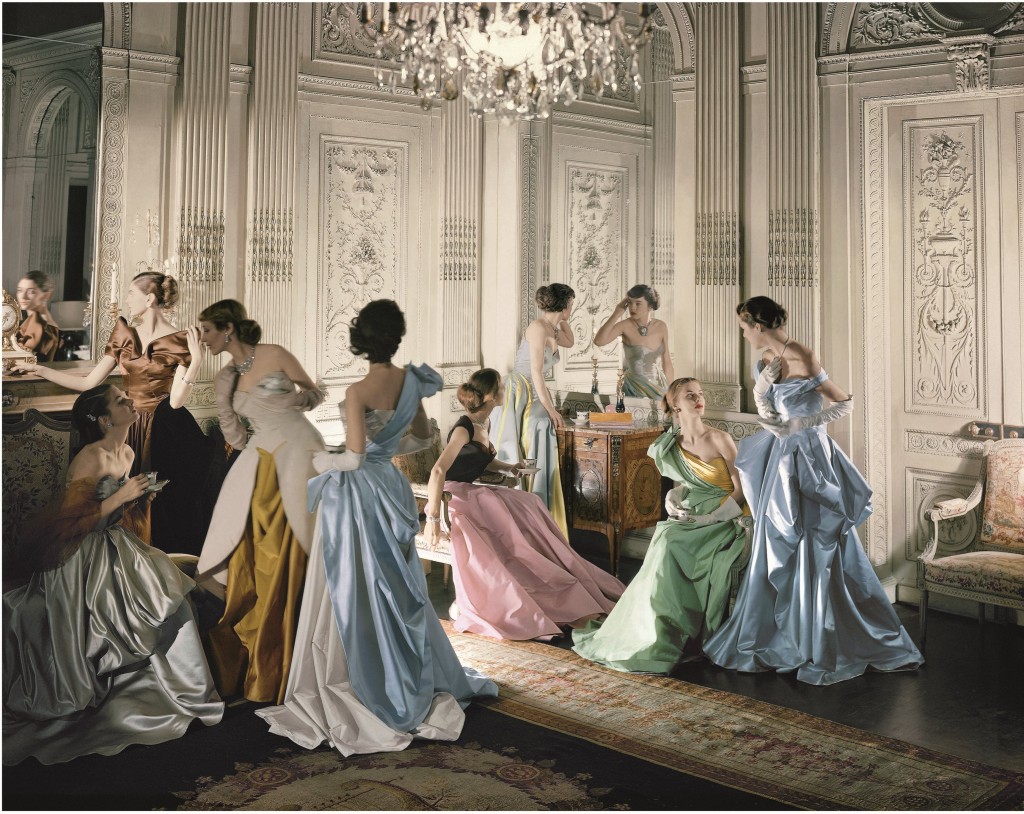 She says: “He utilized materials in crazy ways for which they weren’t intended. Along with Elsa Schiaparelli, James was the first to use cellophane – a novelty transparent material also known as glasscloth – in fashionable clothing.

“He was also among the first to use a zipper in a dress, and certainly, along with Schiaparelli, the first to use zippers exposed as decoration. His ‘Taxi’ dress of 1932 included a zipper covered with a large, obvious placket spiraled around the body.

“James also designed evening wraps using the felt used for pool tables and millinery grosgrain. The grosgrain was a narrow material, 18 inches wide, used exclusively for making and supporting the foundations of hats. 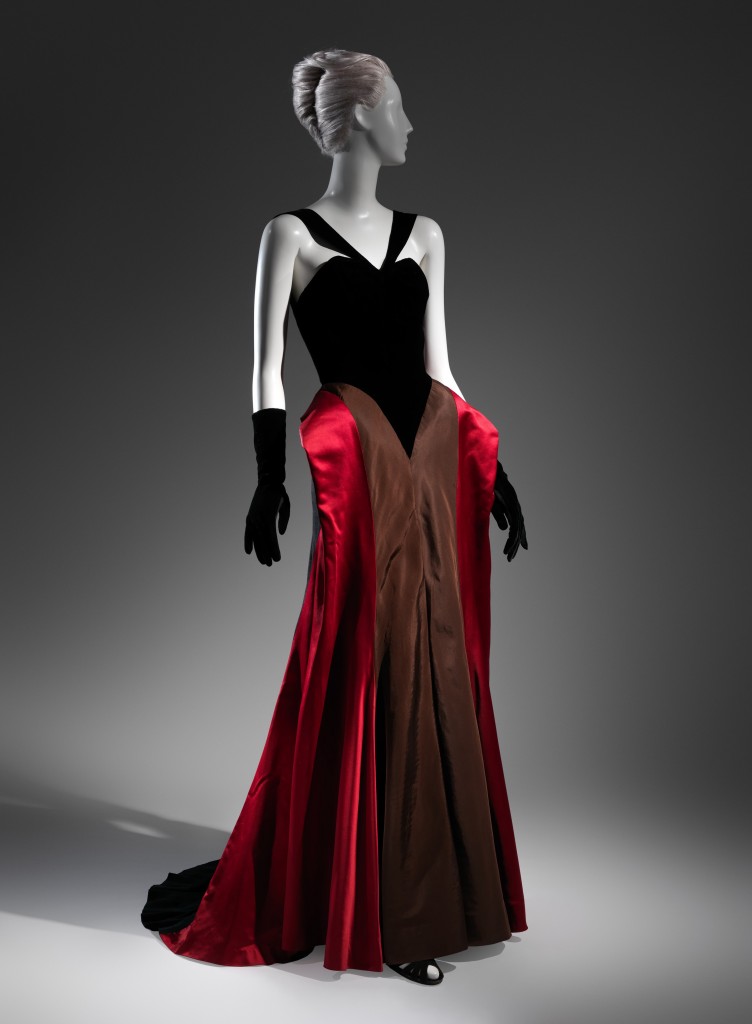 “James, however, thought the material would be good for making garments that had a sculptural appearance, because its rigidity would hold the shape.

“So he made a voluminous evening cape, for instance, that required 20 pattern pieces and 24 yards of the material to make.

“Later, in the 1940s and ’50s, James promoted the newest synthetics, pellon and nylon. Pellon is a stiff, non-woven synthetic that became widely used for petticoats and the linings of bouffant evening dresses and cocktail dresses during the 1950s. 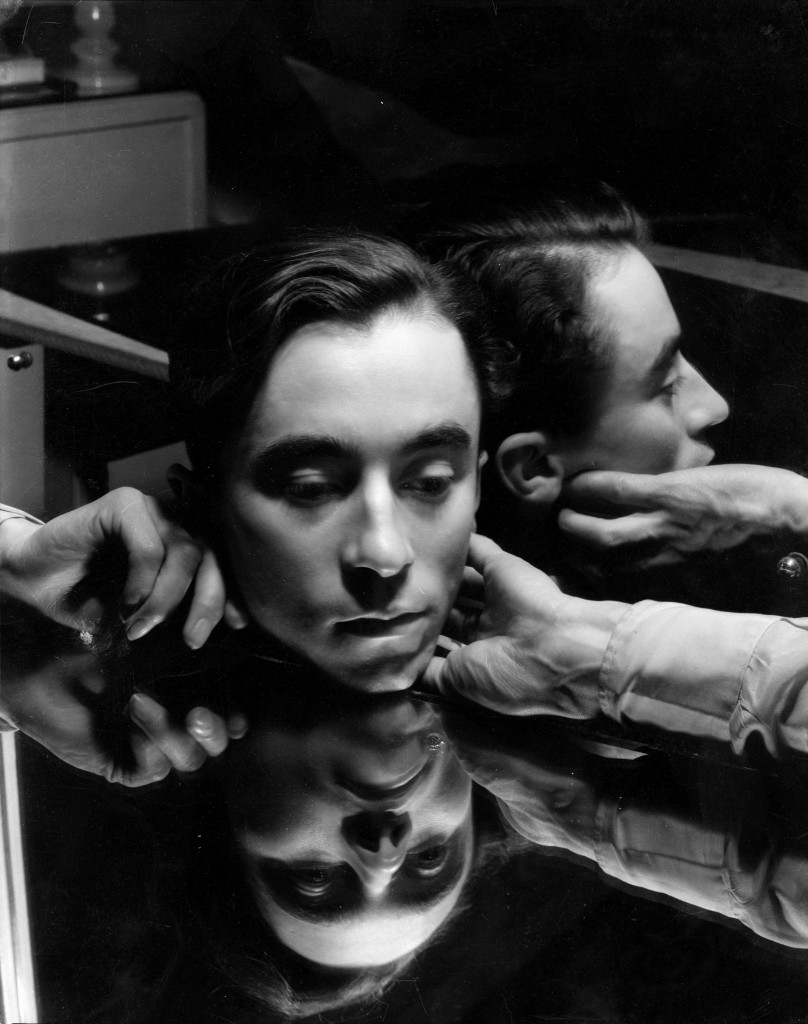 “He was one of the first to use the material in that way, and mixed it with other stiffening materials to support some of his grand ballgowns.”

In her book to accompany the exhibition, Glider Reeder highlights James’s virtuosity and inventiveness, as well as his influence on future generations of fashion designers.

She says: “I also wanted to convey the range of techniques that he used – such as spiraling, draping, sculpting, and folding. James’s fascination with the human anatomy was a continuous theme throughout his work, along with four constant concerns: fit, movement, eroticism, and sound structure. 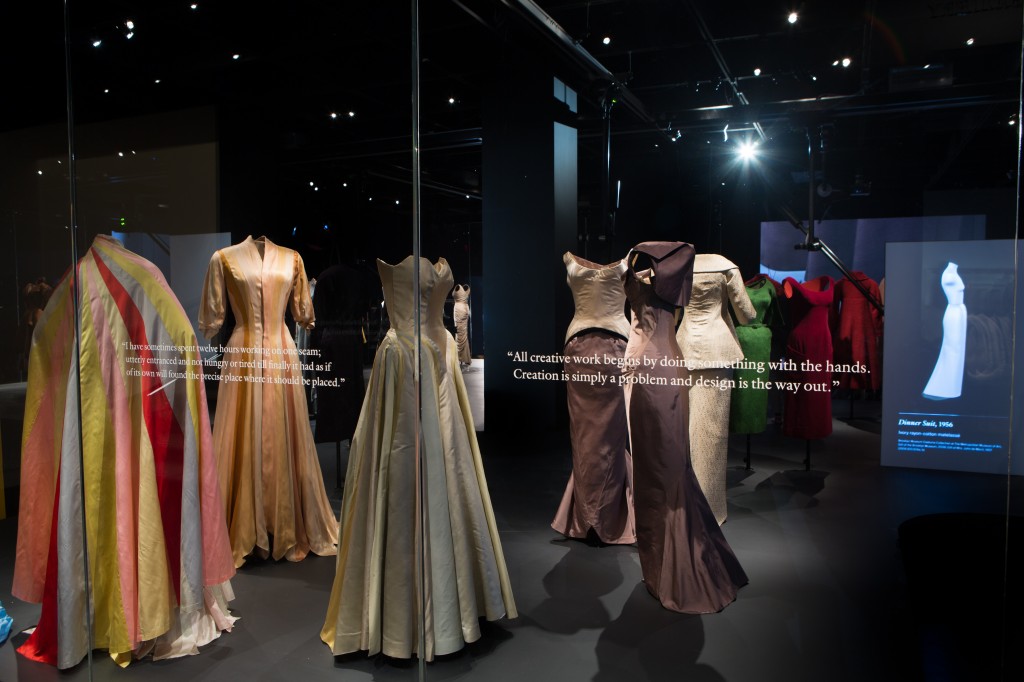 “One of my favourite pieces is the Four Leaf Clover gown which is simply extraordinary. There’s a reason for its iconic status: It is the ultimate in glamorous, show-stopping eveningwear. James was creating wearable art; he was creating sculpture, a soft sculpture.”