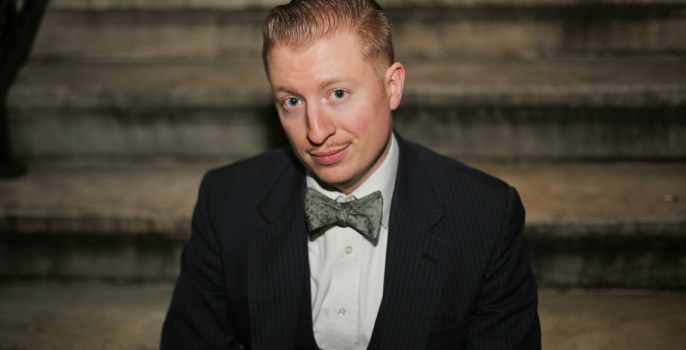 Crash that turned me into King of Swing

A musician who survived a horror crash on a deserted Northwest highway has told how the accident led him to become New York’s King of Swing.

Guitarist Glenn Crytzer was travelling through South Dakota on tour with a band when the van they were in hit ice.

“We were driving in the middle of nowhere at one in the morning and the van skidded across the grassy median, across the other two lanes and went careening into the snow on the other side of the highway,” says Glenn.

“It flipped on to the side I was sitting on and I was really banged up – I broke my shoulder in four places, as well as my wrist. My head was bleeding pretty badly.”

Despite his injuries, Glenn had to limp back up to I-90 in sub-freezing temperatures to try to flag down a passing car – because none of those on board could get a cell reception. 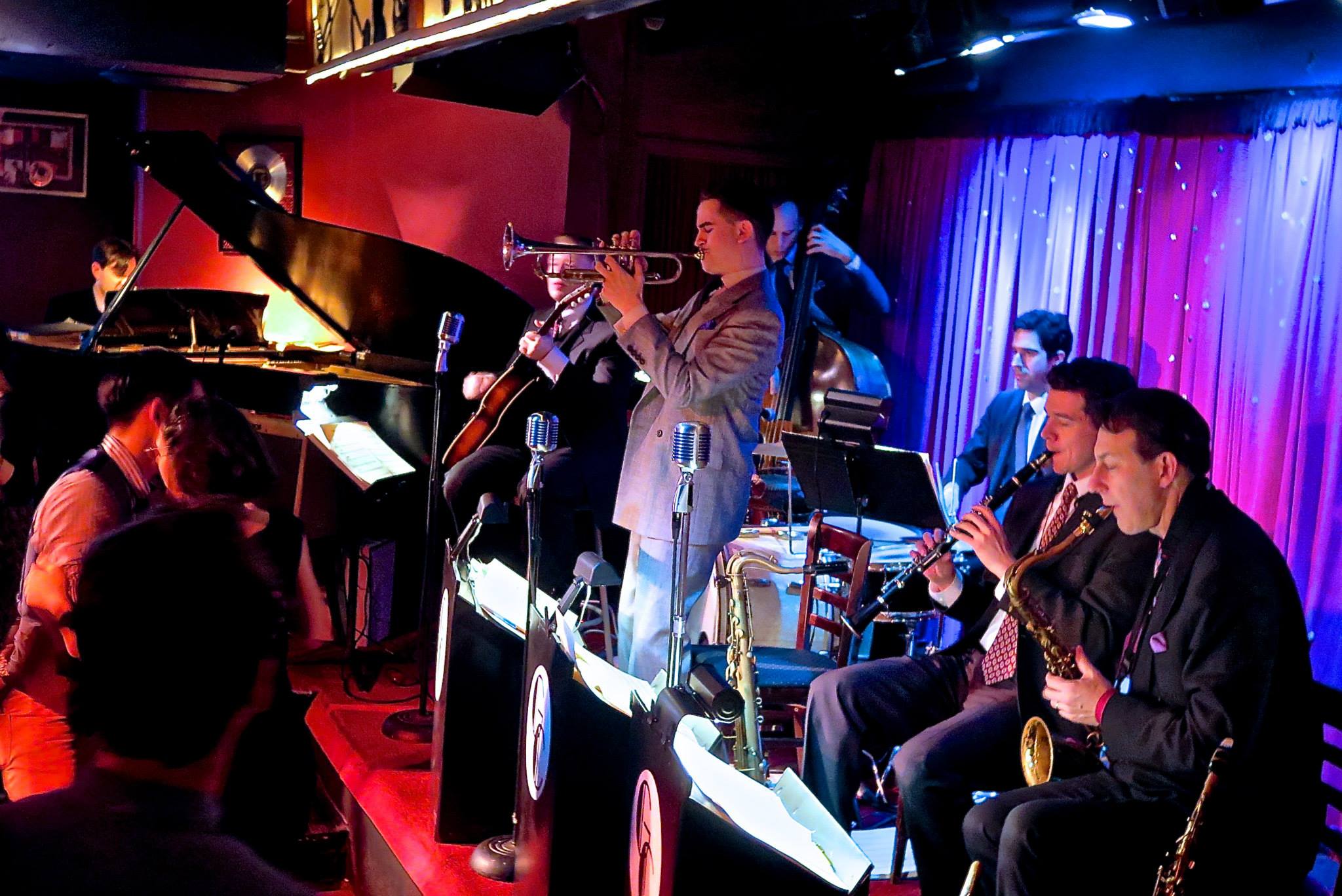 “Finally someone stopped whose phone worked, they called 911, and let me get in the back of their car because I was going into shock,” Glenn explains.

“It took about an hour for an ambulance to reach us. I spent three days in hospital following surgery, as they were worried about the fact I was having trouble breathing. I then spent another week and a half in an hotel room recovering, before returning to my home in Seattle.”

Fortunately nobody else was hurt in the crash two years ago and, rather than being discouraged by his misfortune, Glenn saw it as a jumping-off point for his career.

He says: “This was the thing that made me decide to step it up from living in Seattle to making the big move to NYC a few months later. Basically from that day on everything else is bonus time – I may as well make the most of it.” 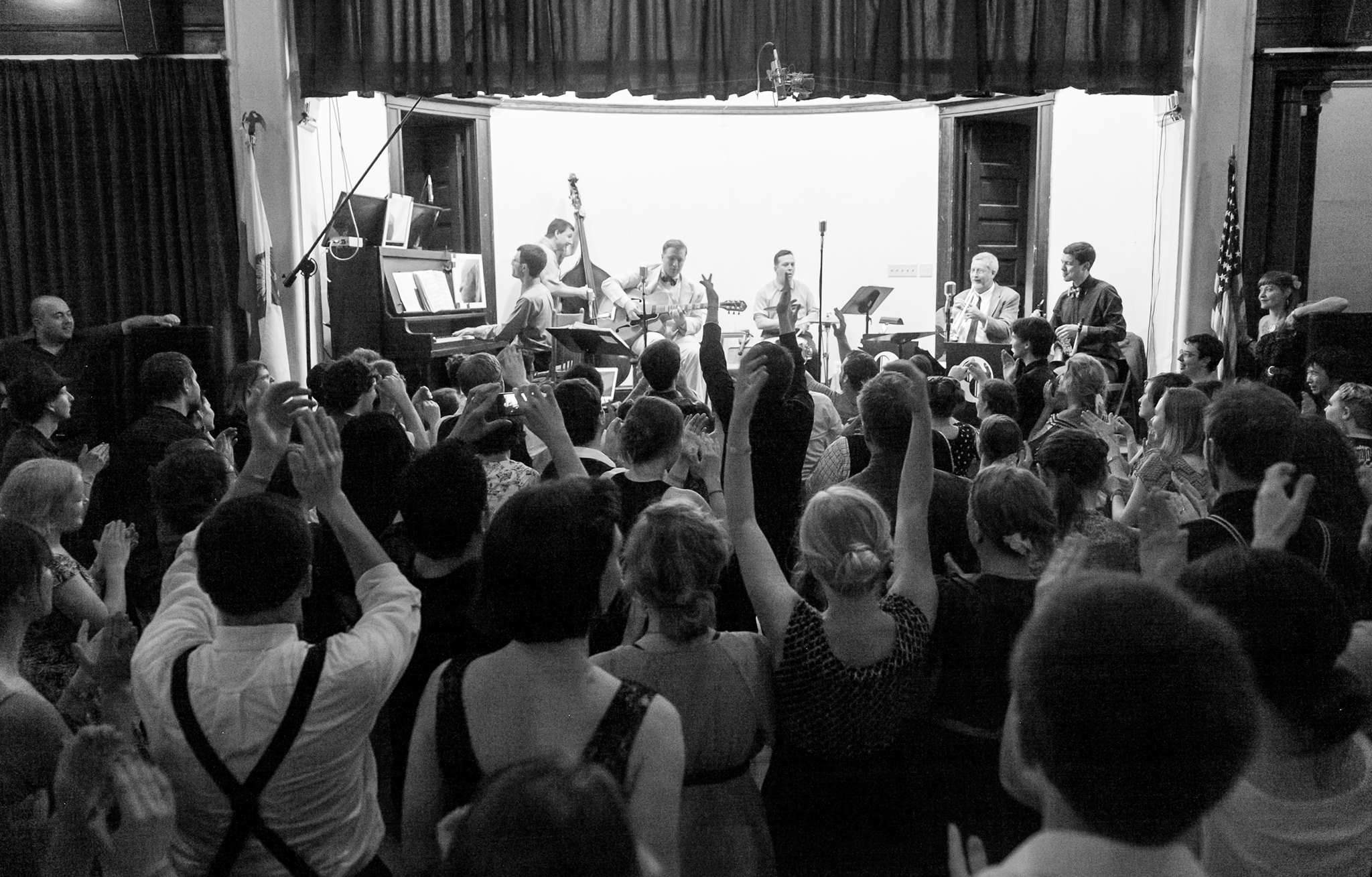 He quickly assembled a group of top musicians to create Glenn Crytzer’s Rhythm Club, which has now become one of the main bands on the New York swing scene, where energetic dancers do the Lindy Hop to his happy, upbeat music till they’re breathless.

He plays what he calls ‘new old music’ at all the major swing venues around the city, such as The Rainbow Room and Swing 46, as well as having his original compositions played by swing DJs around the world.

He says: “Some dance bands are playing old stocks and transcriptions from the 20s and 30s, others are taking old music and modernizing it in some way; whether by fusing it with other genres or adding more modern instruments.

“We’re kind of in a middle ground where we’re trying to create new music that could have come right out of the 30s and 40s, but that isn’t a copy of anybody else.

“Our new record is all about that – all originals in the vintage style. It’s a rarity because very few people are composing vintage-style songs anymore, and I can’t think of anyone arranging, performing and recording those tunes in the vintage idiom as well.” 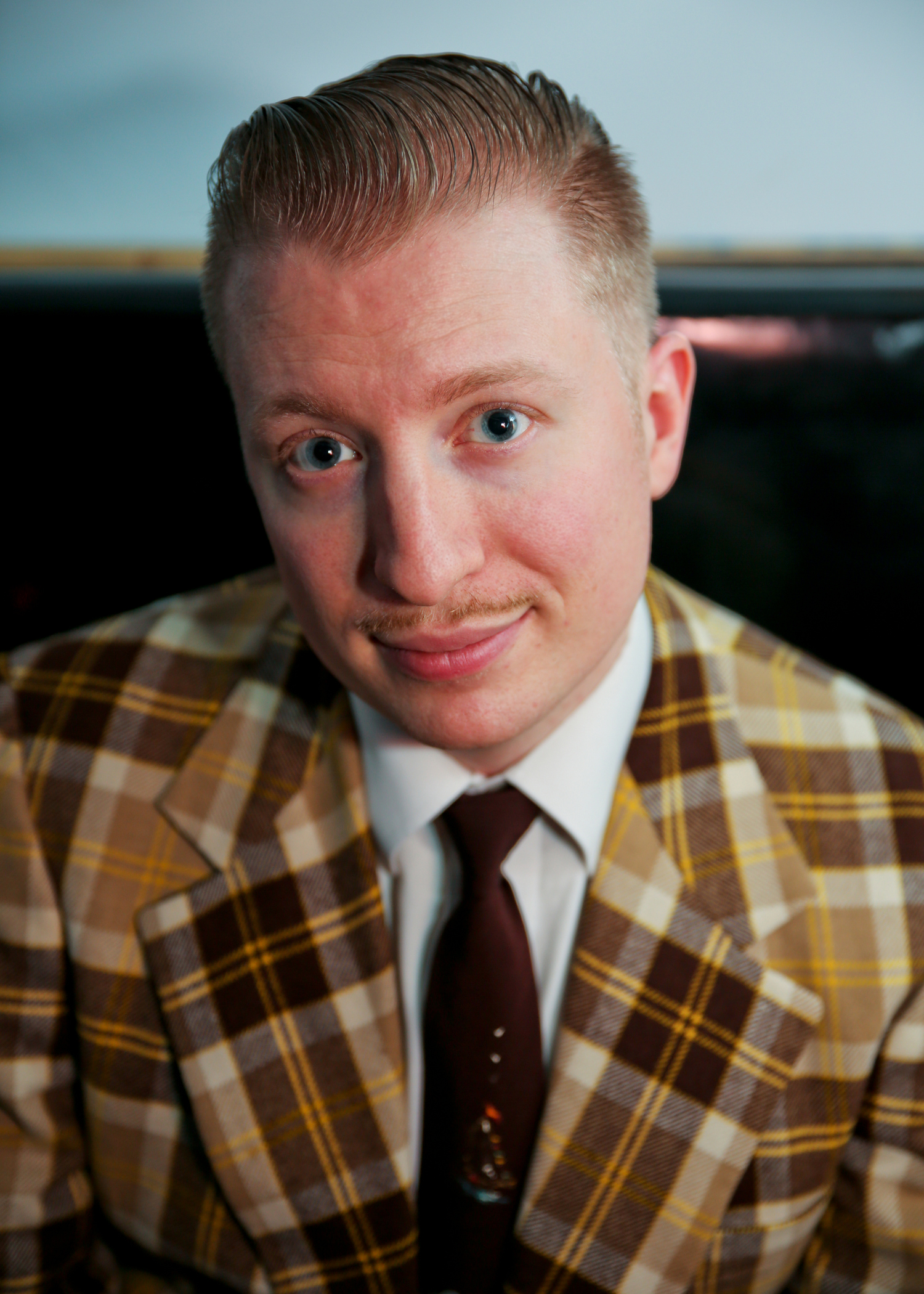 He initially got into swing as a dancer – not a musician – in the late 90s, then started playing jazz while doing his masters in classical music a few years later.

“There weren’t a whole lot of people actually playing the music I wanted to dance to, so I decided to start teaching myself jazz for fun and got pretty good at it. Eventually, I switched from classical to focusing on jazz.”

He thinks the secret of his success has been ‘to make music that is great for dancing as well as for listening’ in New York – the city where swing originated with Benny Goodman, Count Basie and Duke Ellington in the 30s and 40s.

“There’s a lot of dancing in NYC – this is really still the home of swing music,” he says. “But dancing in NYC is different to a lot of other places in the country where they have a lot more space! 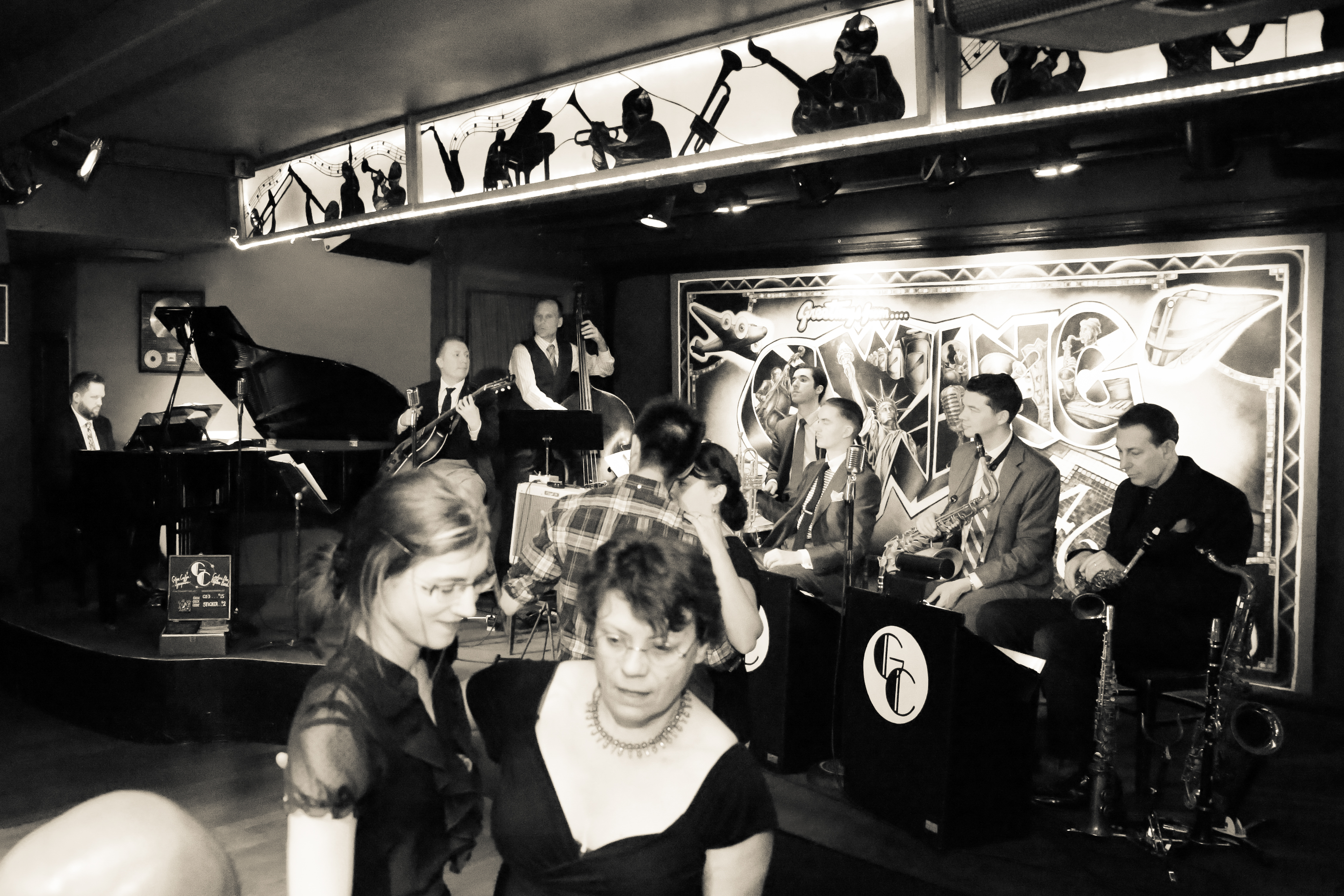 JIVE…Glenn makes sure the music is both good to listen to, and dance to      Pic by Lynn Redmile

“Ninety per cent of dancing here takes place in bars because bands can’t afford to hire large spaces on a weekly basis – the rent is just too high. However, there are a few places specifically for dancing, where there’s a little more room.”

For the future, Glenn is planning a European tour, and in the true optimistic spirit of swing, he’s not letting his crash injuries get him down. “I’m 95 per cent healed. Some days it’s still kinda stiff or sore – but fortunately it doesn’t affect my playing!”

*If you’d like to learn to swing-dance, The Syncopated City Dance Company is recommended by Glenn. The following spots in NYC have regular swing dancing with live bands, including Glenn’s.