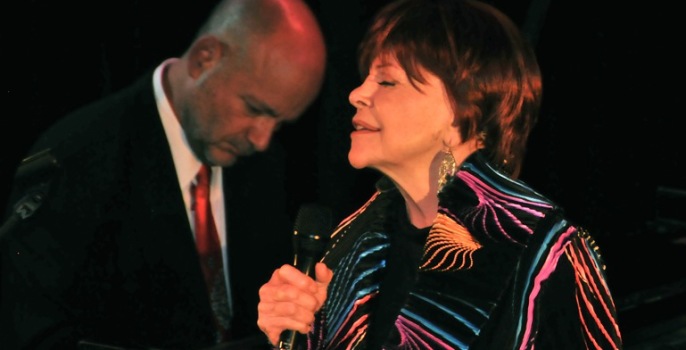 on February 25 | in Culture | by Boo Paterson | with No Comments

There is a music legend – a woman truly worthy of the title – who sings in a small club every week, often reducing the audience to tears of sadness with her impassioned performances. It is unique and, we believe, the best show in New York.

Annie Ross is a performer like no other – just as she drags you to the depths of sorrow and regret, she will lift you, laughing, to the giddy heights of joy.

Many of the songs she sings are much-loved tunes from the Great American Songbook, as well as jazz standards, but this is not the tired old show you’ve seen a hundred times in cabaret clubs and dive bars.

“The show is different because I tell the truth,” says Ross, who has a long-term residency at The Metropolitan Room. “I’m very honest in what I do, the songs have truth, and the other element is my heart wanting to transmit. 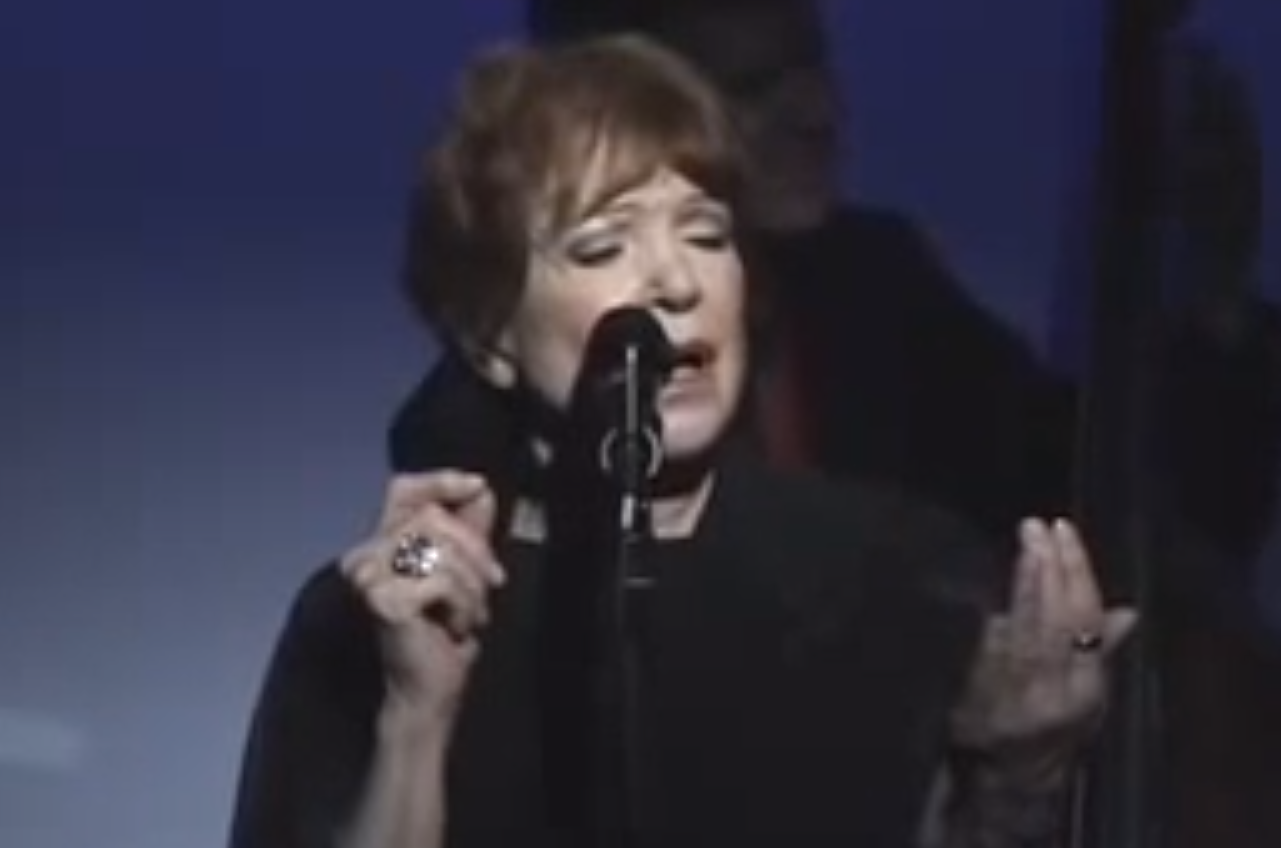 SONGS…Ross has a residency at the Metropolitan Room

“This show is about going to see a performance rather than a jazz gig – you’ll have a personal relationship with the person on stage. I’ve had so many people say they’ve cried during my show.”

The reason why 84-year-old Ross can imbue each song with pathos and heartbreak in a way that no other can is rooted in her past.

Annie’s parents were vaudevillians, and started her off in showbiz at just three years old, touring round small places in their home country of Scotland.

She said: “They’d go to a town – they had no money and five kids – they’d rent ponies and have one of us ride them with a board advertising the show. Then they would make a stage and perform.”

From that world, she came to New York on holiday aged four to visit her aunt, the singer Ella Logan, with her mother, father and elder brother. 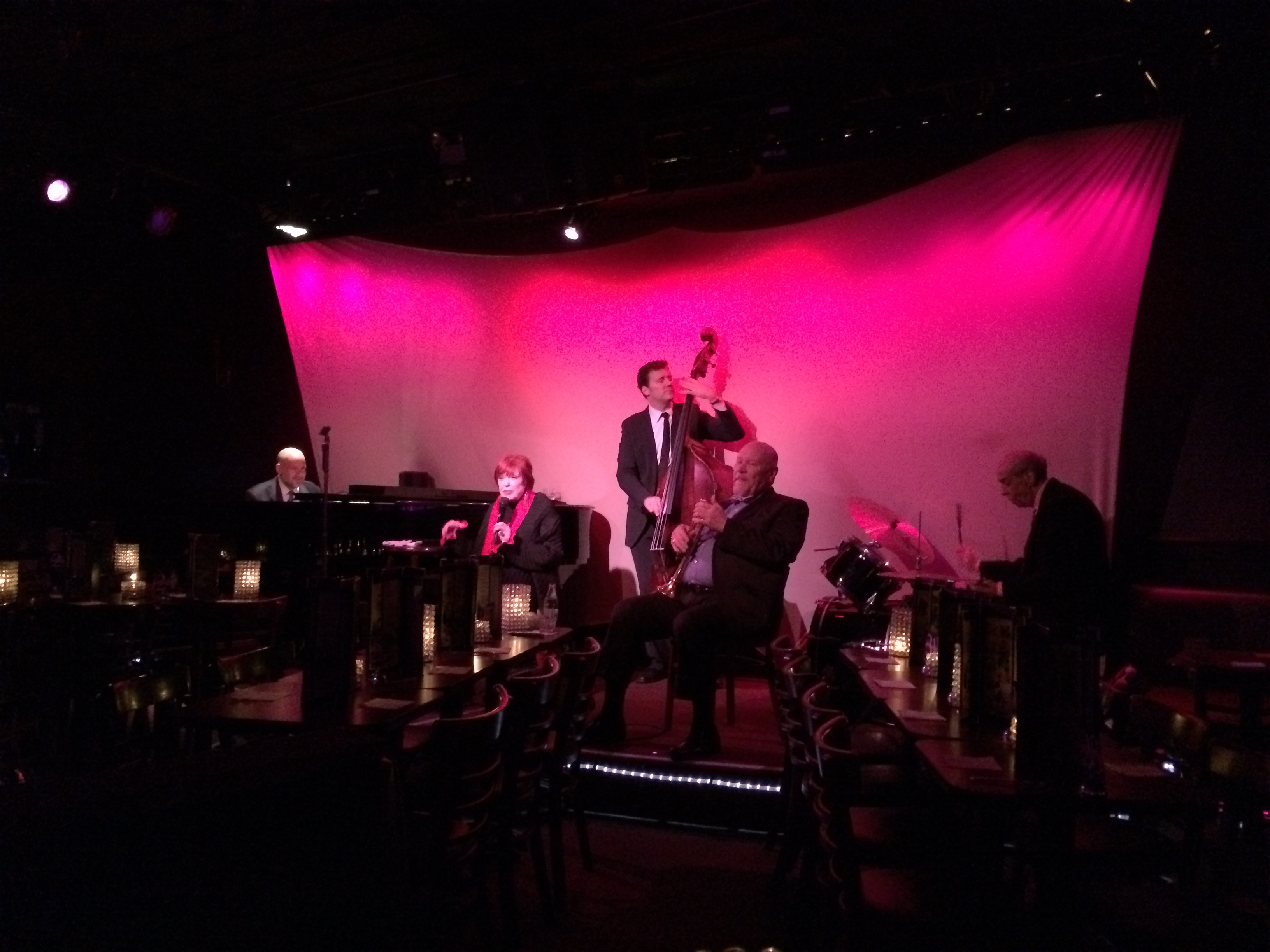 She promptly won a contract with MGM in a talent show and moved to Hollywood with her aunt and her mother, while her father returned to Scotland with her brother.

It was then that her mother betrayed her – leaving her little red-haired girl a virtual orphan, looked after by strangers.

Ross explains: “My mother stayed with me for a couple of months, and that was the last I saw of her until I was 17. I just felt I’d been sold. And I was so frightened.

“I think I felt so betrayed that I didn’t want to know them. I had various nannies, as my aunt was never home; she was always in New York doing shows.

“The nannies beat the hell out of me, but never when there was anyone around. There was this one woman I hated, who was big, fat and ugly. She would always say ‘in 15 minutes, you’re going to get a beating’. And in those 15 minutes you die.”

Ross didn’t tell her parents about this violent abuse when she wrote to them. “When you’re in that position you begin to resent and there’s nothing more to write except ‘I went to school today and it was hard…the weather is beautiful’.

“When I was a kid the only way I could get my emotions out was to listen to a sad symphonic.”

These days, she accesses her emotions through songs with a superior artistry that is rarely seen, backed by a peerless band comprising Tardo Hammer on piano, Jimmy Wormsworth on drums, Neal Minor on bass and trumpeter Warren Vaché. 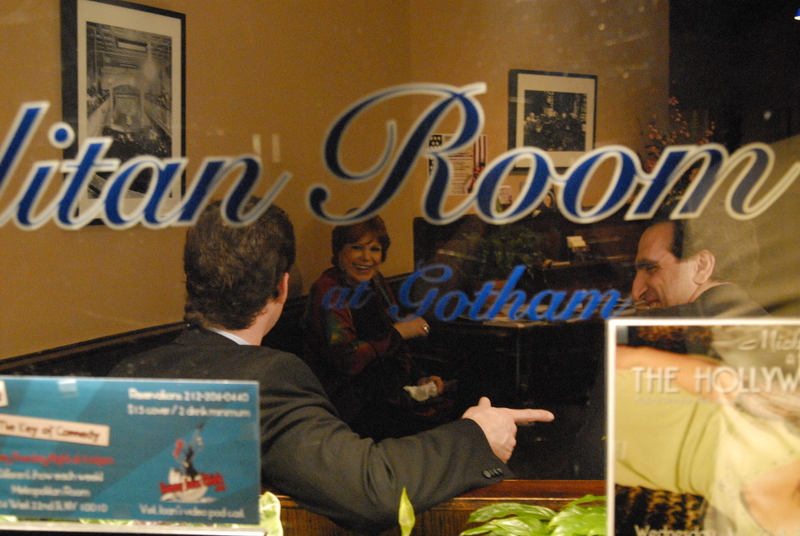 Vaché explains: “What is unique is Annie. There simply is not anyone else doing what she does.

“The entire band interacts with her performance and the interpretation of every song varies from show to show. It isn’t about ‘look at me’, as it is with so many singers. It’s joy in the honest making of music for music’s sake.

“Annie never does the same thing twice. This keeps everyone on their toes and involved in the process of making music.”

Ross – who co-founded the greatest ever vocal trio, Lambert, Hendricks and Ross – agrees: “It’s never the same show. We don’t know what we’re going to do when we get to the gig. I might write down a couple of titles, but we never rehearse and we never did.

“And many times I make up stuff, which I love because it’s like freefalling. Not just scatting –making up songs. I do requests, and if I don’t know the whole song I really do just make it up, so it’s a test for me and a test for the musicians. Tardo knows all my keys and we don’t use music.”

Hammer adds: “The Metropolitan Room show is so successful musically because it is a steady gig with a steady band, which is rare these days.

“The music evolves through improvisation and interaction. We follow our collective and individual musical whims, with a frequently high level of success.” 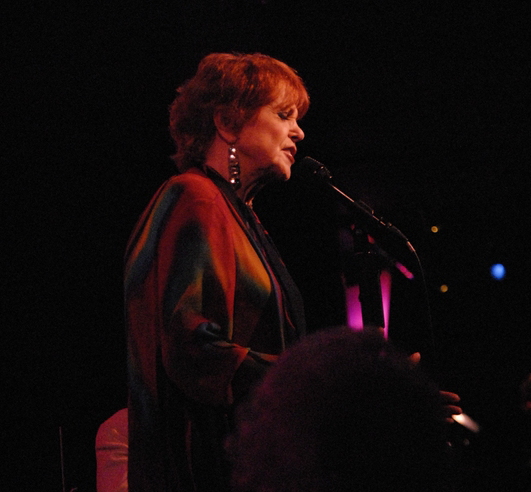 The terror of being on stage without a safety net of written words, music, or even a set-list seems to tickle Ross immensely.

“I love that! It wakes you up and makes you really invent. I always manage to do it though. I love to be surprised and, after 84 years, that’s hard! Being out of your comfort zone and forced to invent I think is where real creativity comes in.”

Many people are put off by the word ‘jazz’, not realizing it encompasses dozens of different styles of music, and fearing that it might be an impenetrable wall of noise. But Ross’s concerts couldn’t be further from that. Beautifully melodic, these are the best songs played by the best people.

Hammer – who has been working with Ross since 1992 – says: Annie is different from other singers for a number of reasons.

“First of all, at 84 years old, there aren’t too many that share her wealth and depth of experience. She has great skill with the lyric.  She has an instrumentalist’s musical ability, meaning her command of the elements of rhythm and harmony allows her to lead a band on a musical trip that is different each time.

“Even if we have played the same tune a hundred times.  She has musical ways of making sure that we are all listening all the time and finding something new.”

All the musicians clearly feed off each other, and this is no more obvious than in the on-stage relationship between Vaché and Ross. The pair tease each other and laugh frequently, especially during their flirtatious duet, Shoobie Doobie, during which Vaché makes kissing noises with his trumpet. 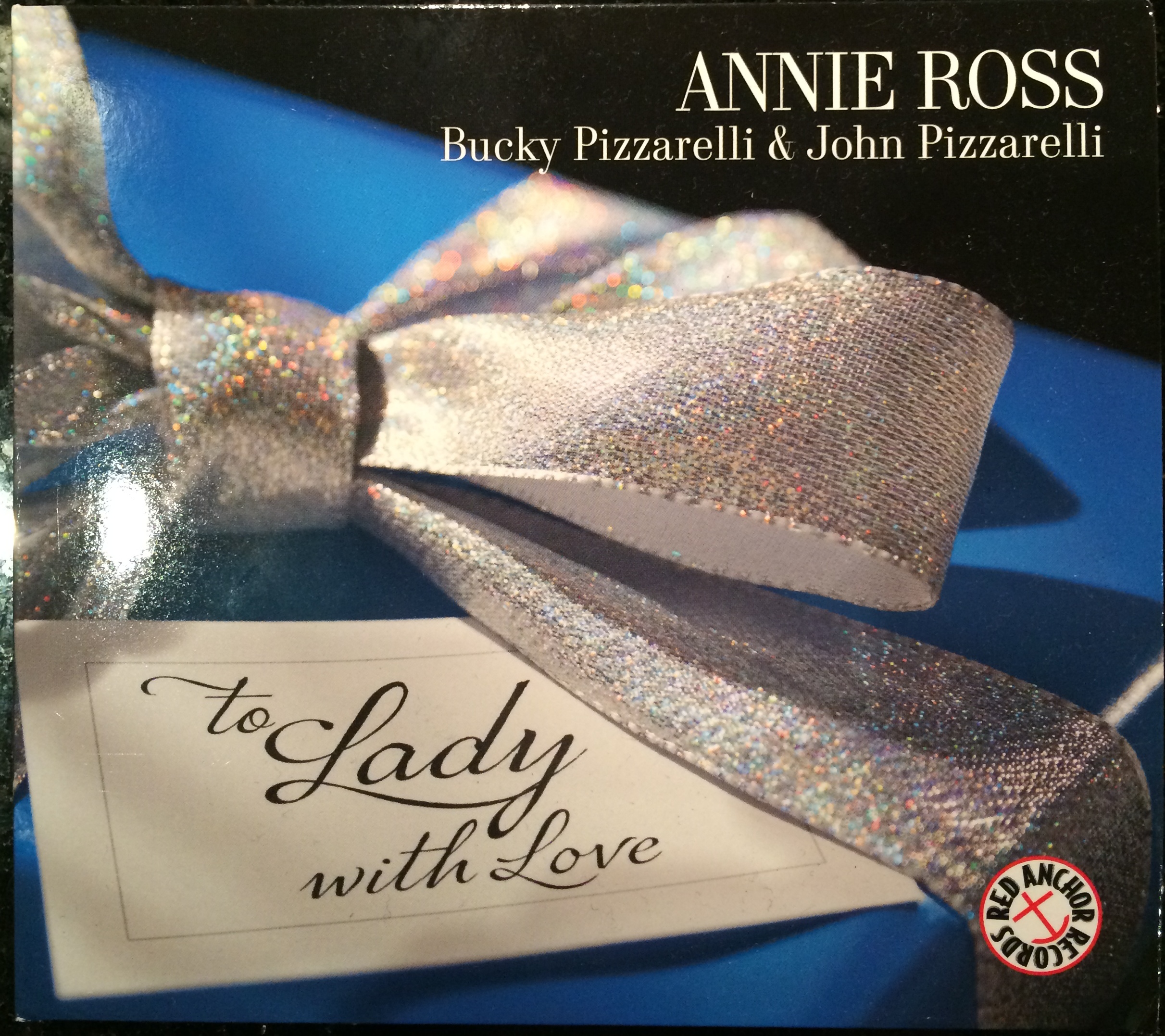 “I have admired Annie’s musicality and accomplishments for as long as I can remember, and I consider it quite an honor to play with her. Simply put, everyone listens to each other. We get as much out of the show as the audience,” says Vaché.

“Annie excels at delivering of great songbook material as well as being a brilliant improviser,” Hammer adds. “I don’t know who else is doing both to the extent that she is. She has been doing what she has been doing forever and is a true master.”

Ross says that the happiest time for her musically is ‘every time I sing’. “Music is a healer and I may not want to go to work, but when I do, at the end of it, I’m thrilled.” She adds: “Come and be surprised, as I am, every week.”

*Annie Ross plays The Metropolitan Room every Tuesday at 9.30pm. For tickets and prices, click here.

*Ross’s new album, To Lady With Love, is available here.