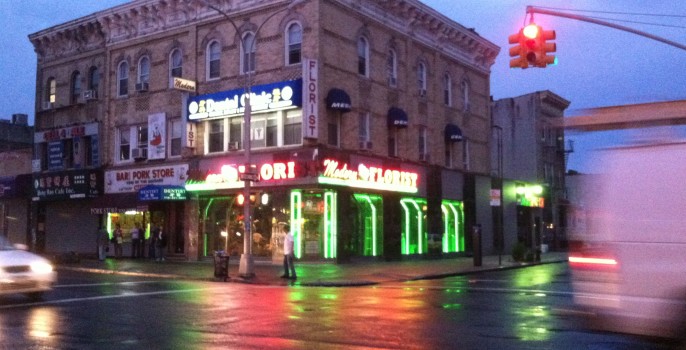 on August 18 | in Culture | by Boo Paterson | with No Comments

A New York playwright has based his latest show on conversations he overheard in his Brooklyn neighborhood – many of which were about sex.

Derek Spaldo – whose new work Playground opens this week at The Brick in Williamsburg – began to notice the conversations while riding the subway, walking down the street and in his local grocery store.

Some lines came directly from the daughter of his neighbor in Bensonhurst, who would sit on her porch, talking on the phone about civil rights, gay marriage, culture, her friends and boys.

But it was the sexual aggression of teenage boys, and even middle-aged men, that particularly caught his attention. 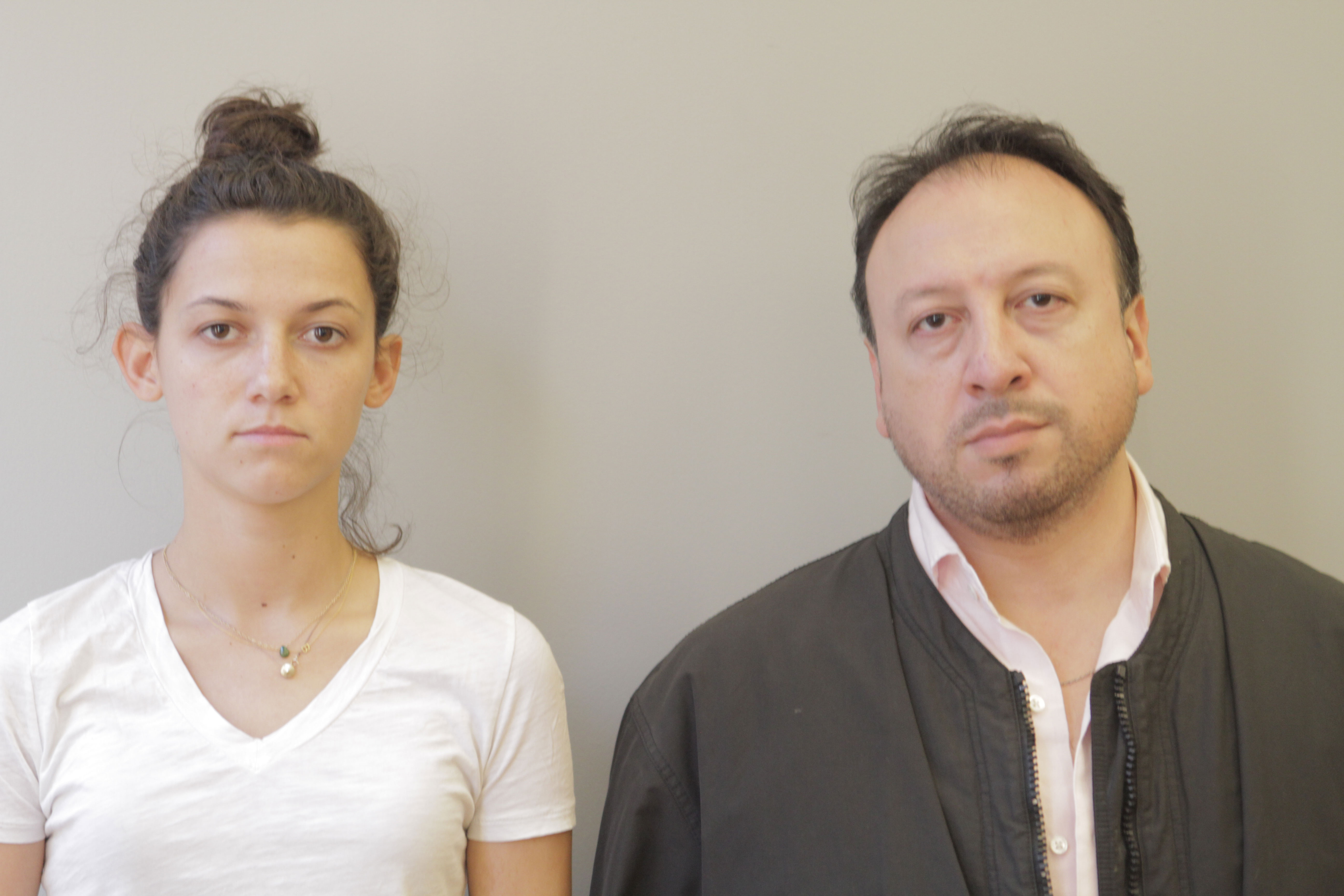 Spaldo said: “My ear became particularly tuned to how teenage boys in Bensonhurst spoke about women, dealing with sexual feelings for the first time. I witnessed young and middle-aged men cat-calling women – a confrontational, selfish act.

“This sexual aggression became an essential part of Playground, moving the play in a dark direction, exploring how people express deep-seated anger.”

Spaldo – who also directs Playground – lived in Bensonhurst for a year, after moving from his hometown of Rutherford, New Jersey. He was working at a coffee shop, earning minimum wage, when the seeds of the play were born.

He said: “Bensonhurst has strong working-class Italian roots, and there is a feeling that everyone in the neighborhood looks after their own.

“There was a no-nonsense attitude in how my neighbors spoke and interacted with people. The language was essential and practical. But underneath the everyday language, I could see dark, profound struggles. 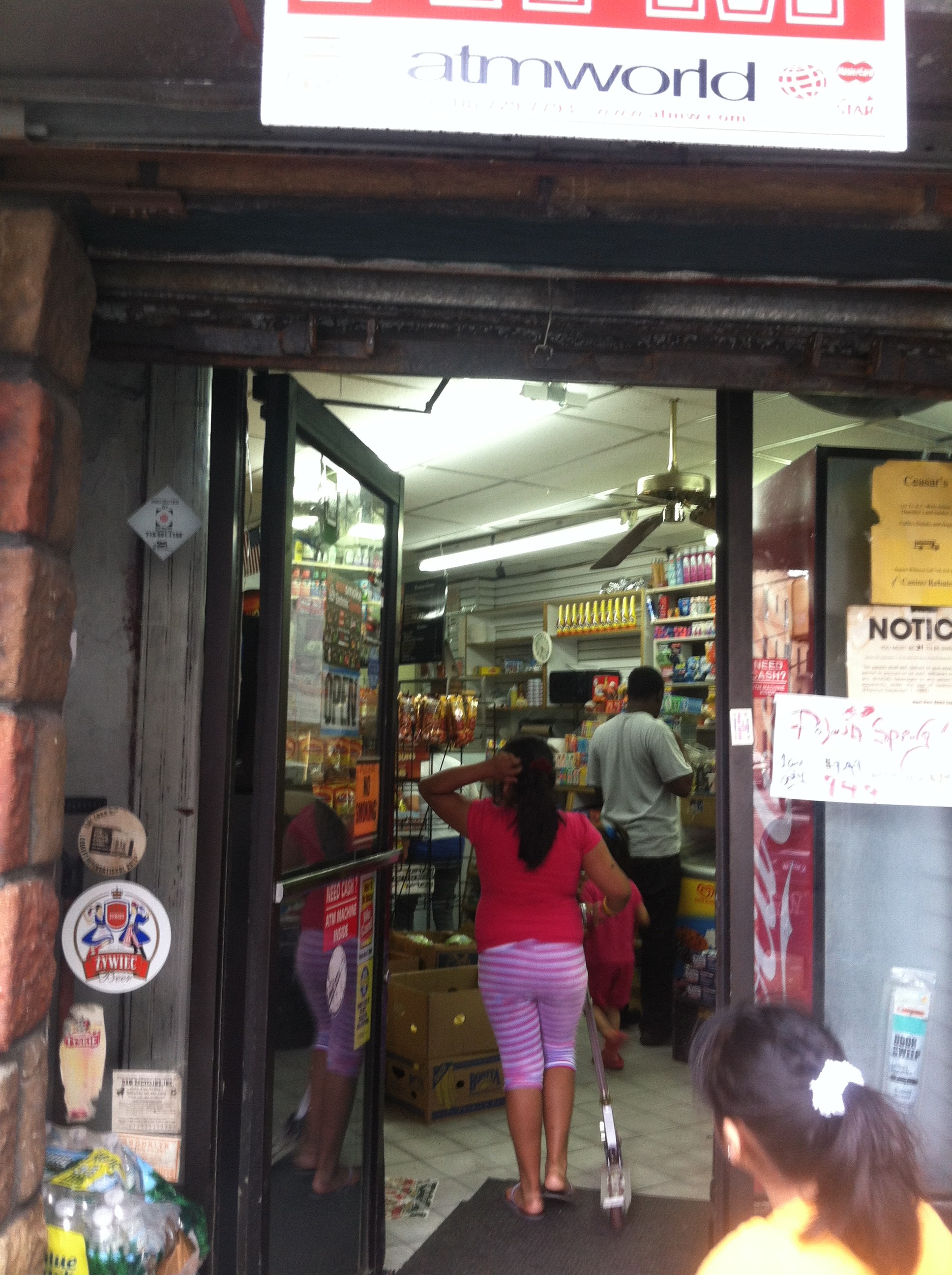 “At the coffee shop, I was working with men from similar neighborhoods as Bensonhurst: Corona and Flushing. Some of the men were new immigrants to the US.

“During Hurricane Sandy these men would endure an overcrowded three-hour bus ride from Queens to Prospect Heights, to go to a job where the employer would intentionally withhold paychecks from his employees. Every day I listened to my co-workers rail on their hatred of their job and their frustration with their financial situation; their bitterness growing as time went on.

“I thought about these men as I rode the N Train from 18th Ave to Barclays Center at 6am every day. The aggression I witnessed fascinated me. I felt for the struggle for financial stability in a city with such a vast income gap. As my time at the job went on, I saw a direct link between the struggles of social class my co-workers found themselves in and my neighbors in Bensonhurst.

“I began to understand how the difficulty of surviving in New York takes an emotional toll on people. I could hear the ingrained frustration and anger come through in daily conversations on the street or at work. I sympathized and empathized with the people I saw – also working in a menial job, feeling isolated, lonely, and filling an overlooked role in society. 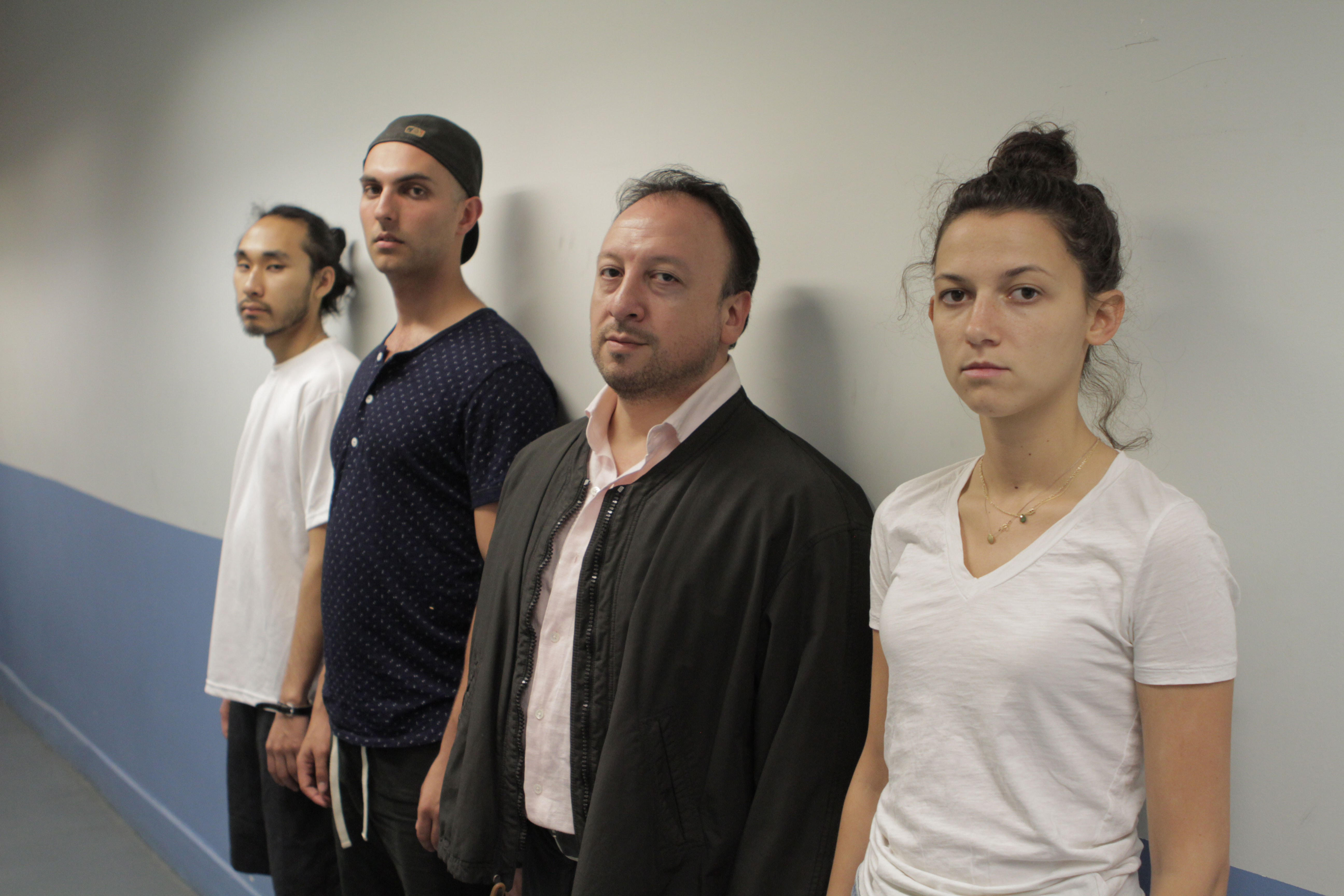 “In this daily conflict, I imagined a play about four people in Bensonhurst, following two young men who work at a bodega, a middle-aged man who owns a service station, and his teenage daughter.

“The opening line of Playground is paraphrased from a line I heard from a teenager traveling on a bus from Bay Ridge to Bensonhurst, who said, ‘I got three things on my mind right now. Pizza, cola, and women’. The directness of the line hooked me, and I began to seek out similarly stark, striking bit of language.”

Playground is a character-driven play that explores the unconscious motives beneath seemingly mundane social interactions.

It follows a teenage girl’s conflict with an embittered bodega worker and her unstable father, and stars Sarah Willis as Kayley, Aron Canter as Ezekiel, Michel Morin as Dad, and WooJae Chung as Chris. 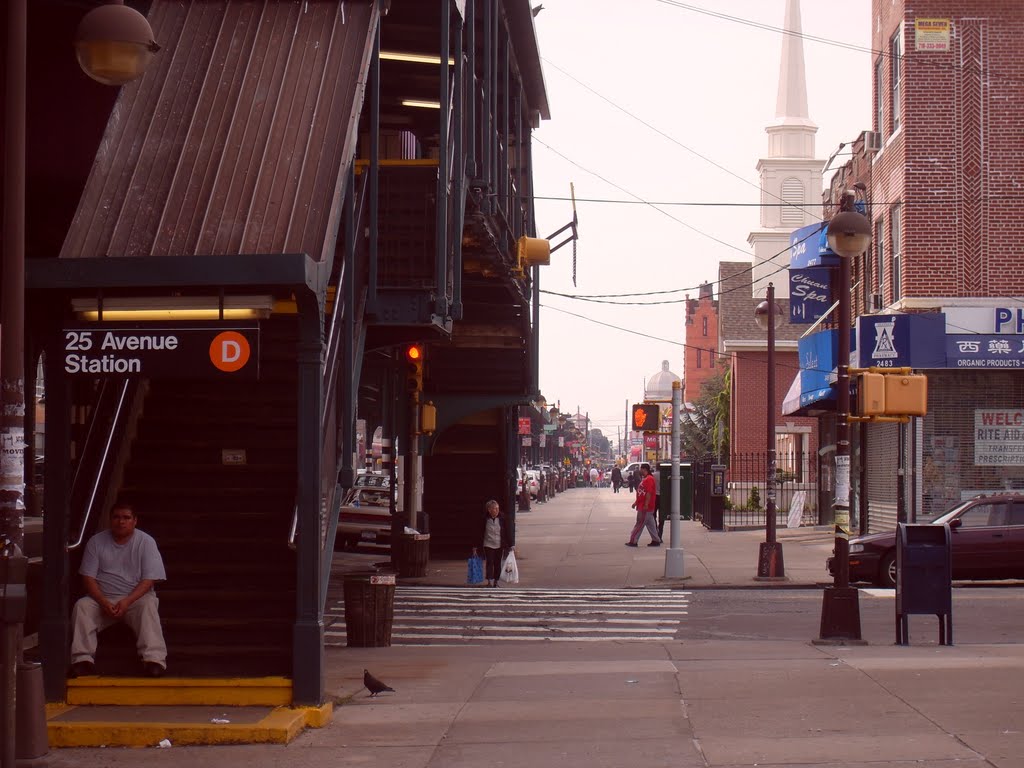 LISTENING IN…the streets of Bensonhurst, where Spaldo would overhear conversations

Spaldo, who now lives in Bed-Stuy, began collecting the characters’ dialogue spontaneously; often while he was walking down 18th Avenue, or on the N or D subway platform.

He said: “I kept a notebook of all the overheard phrases, which varied from short bites to extended conversations about work, women, school, home-life, and other mundane topics.

“I particularly wanted to explore how the young men in the neighborhood expressed their aggression through banter about sex and women, so I especially noted instances of cat-calling, flirting, and moments when boys would ‘compare notes’ about how to talk to women.

“Some lines from the show are purely transcribed from life. However, for much of the show, I took on the voice and language of the people I heard to create original dialogue and flesh-out characters; to put myself in the shoes of the characters, to think how they think.

“Writing the play, I tried to stay true to the blunt expression of feeling that comes in daily language. It is not self-conscious. It is completely impulsive, direct, and essential. 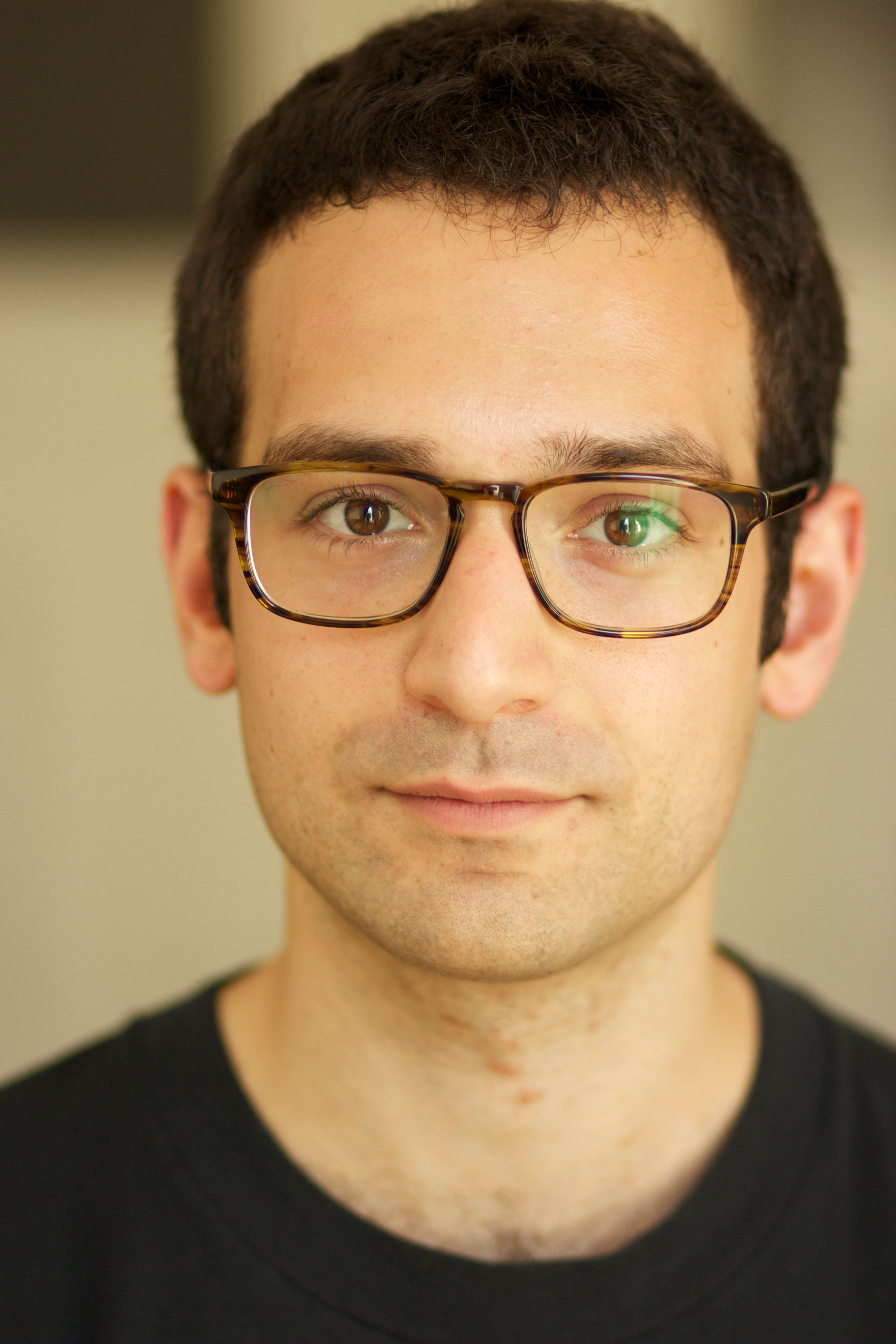 “But often, people do not express exactly how they feel in the right words. If someone is angry they will not say, ‘I am angry,’ they will articulate it in subtly aggressive ways. The tension inside a line such as ‘You working this weekend?’ or ‘So you got a job, or what?’ can articulate the same intention.

“Capturing the voice and language from real people influenced how I approached creating a narrative for Playground. The play does not have a linear plot, but is more a character study of four people, dealing with the pressures of life in the working class.

“The men in the play are trapped in jobs that confine them. Their bitterness has grown over time, and they feel like there should be more to life.

“The way in which they express this resentment is through misogyny, cat-calling, objectification of women, and aggression towards each other.

“The sole female character, Kayley, is a teenage girl born into this world. As a young person, she does not yet understand the hardened nature of the people around her. Throughout the play, she struggles to find her way in this hard world.”

*Playground runs from August 21-30, at The Brick. Performances are Thurs-Sat at 7pm.  Tickets can be purchased for $18 online here.