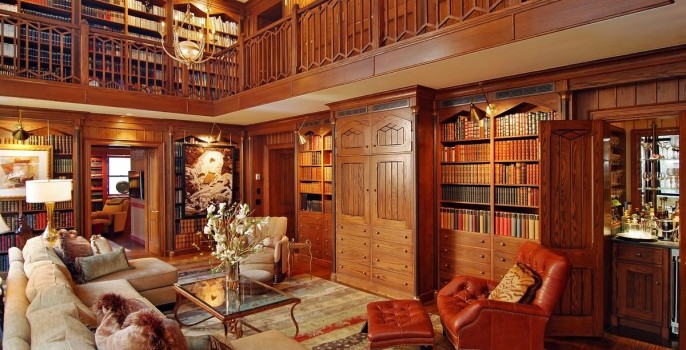 on May 30 | in Culture, Vintage | by Boo Paterson | with No Comments

Considered to be one of the best apartment blocks in the city, Hotel des Artistes has housed such famous faces as Rudolf Valentino, Noel Coward and Norman Rockwell – but it has never been an hotel.

Built as a co-op by artists for artists in 1918, it is the largest ‘studio’ building in New York, with 126 spectacular apartments, comprising double-height living rooms and balcony bedrooms, many with English Renaissance-style paneling, beamed ceilings, Corinthian columns and huge fireplaces. 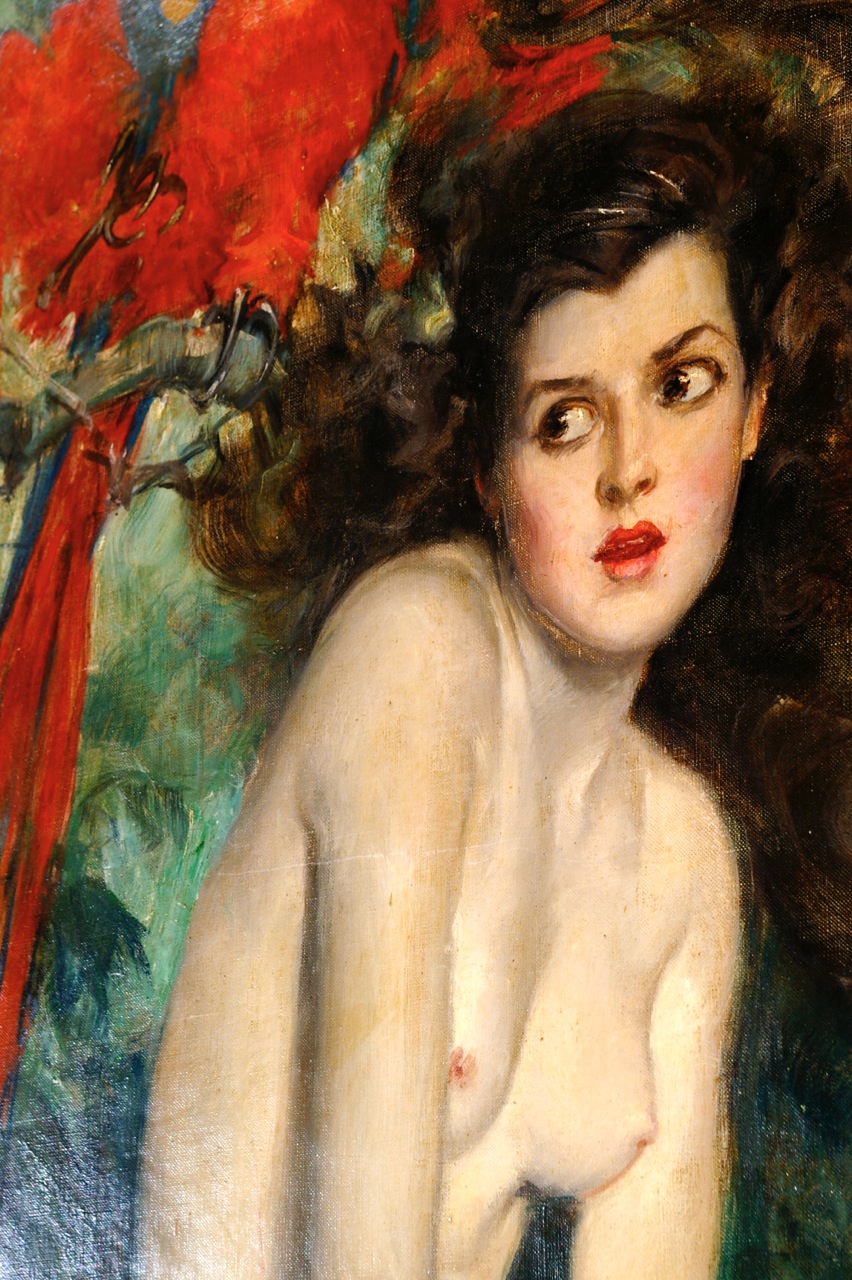 By the middle of the 19th century, New York had become the artistic center of the United States. But as the city grew, it became more and more difficult for artists to find spaces appropriate for painting.

Situated by Central Park at No.1 West 67th Street, Hotel des Artistes was developed several years after another group of artists – including the impressionist Childe Hassam – built a studio building at No.27.

These two buildings – along with another six in the same area – form the West Colony Historic District, made up of buildings for artists erected between 1901 and 1929, and it is the only significant concentration of artists’ studio apartments in Manhattan. A pad here will set you back between $1.5million and $6million if you want to buy, or between $4,000 and $18,000 a month if you’d like to rent. 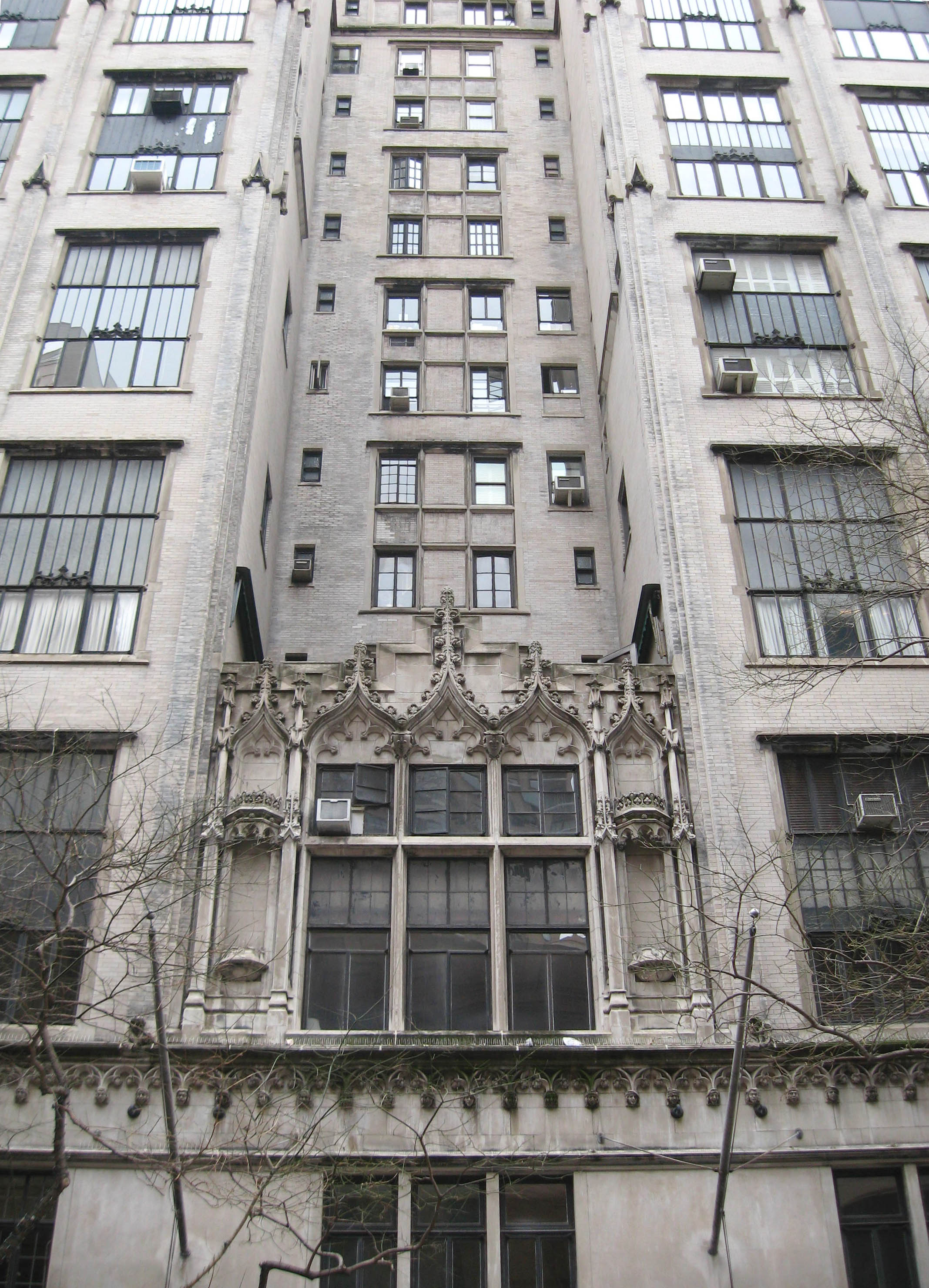 The lavish 18-story neo-Gothic des Artistes had a communal restaurant – Café des Artistes – squash courts, swimming pool, theater and a ballroom, as well as its own telephone switchboard, though the theater and ballroom have since been converted to other uses.

Café des Artistes was originally designed to provide meals for the tenants in the building – whose apartments had no kitchens – and they would buy their own ingredients for the chefs to prepare.

But now that kitchens have been installed in most apartments, the restaurant is open to the public under the name The Leopard at des Artistes, and it still contains some stunning original landmarked murals by Howard Chandler Christy, which show nymphs frolicking amongst waterfalls and foliage. 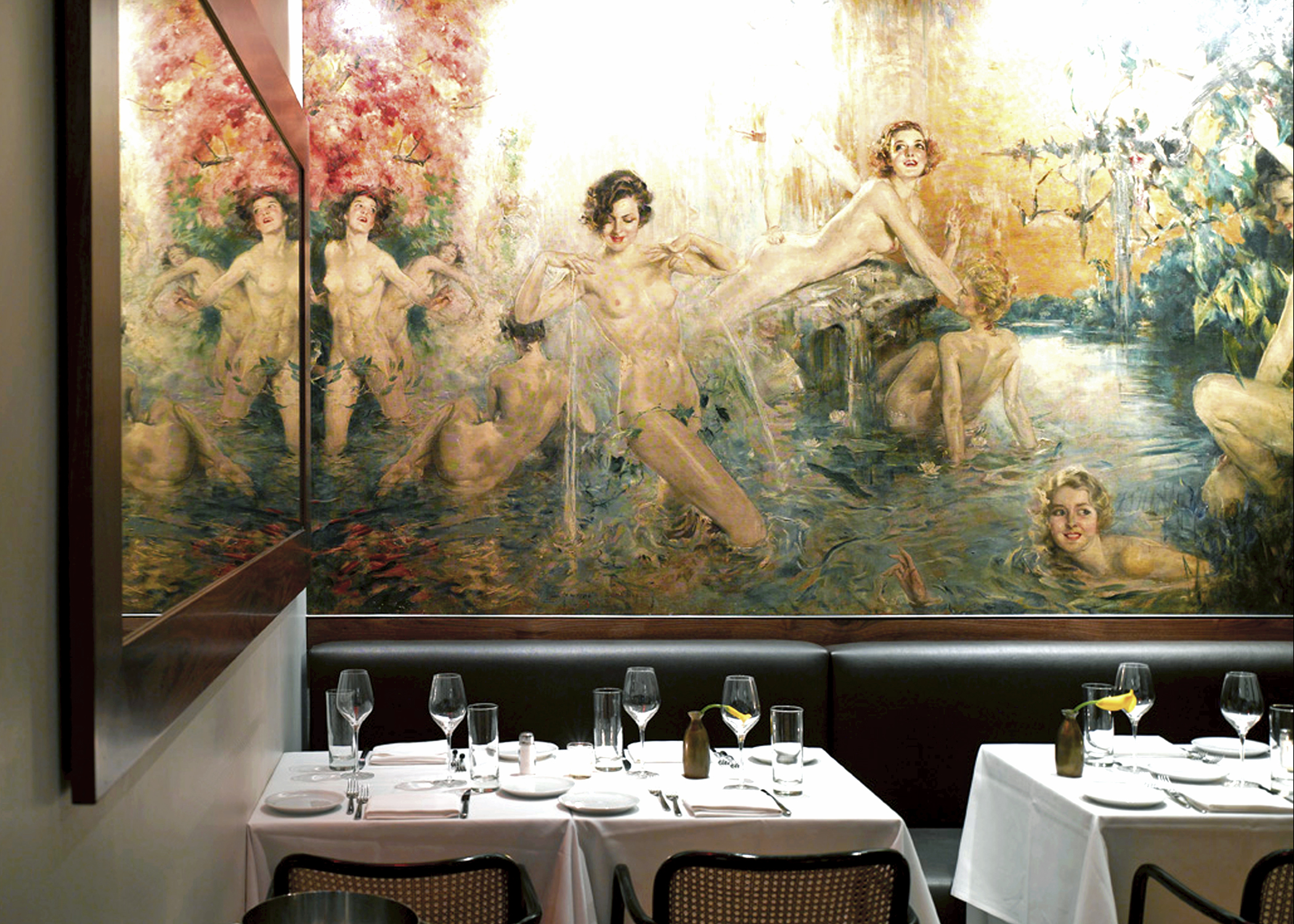 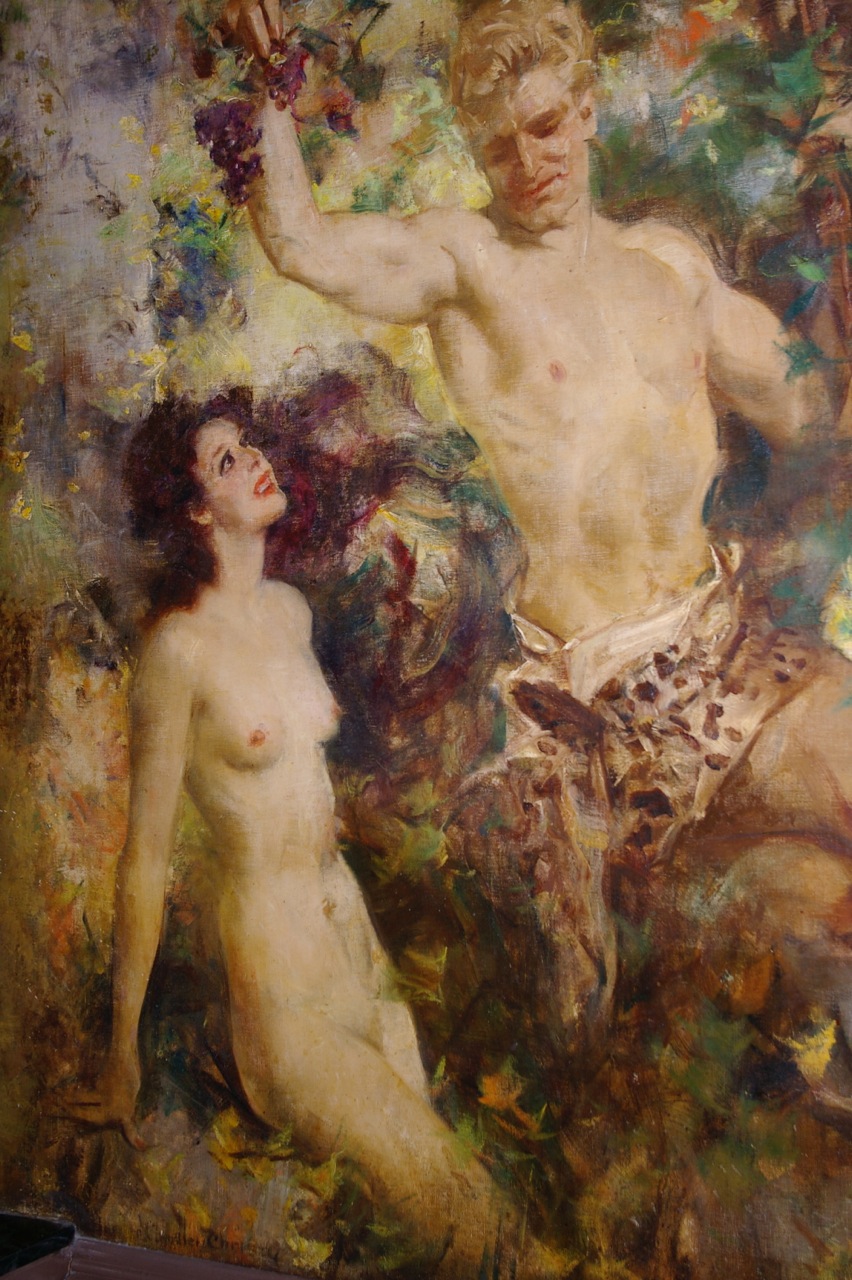 Christy painted nine of these oil-on-canvas works – titled Fantasy Scenes with Naked Beauties – in his own apartment in des Artistes over several years, finally completing the series in 1935.

With such gorgeous backdrops to their spacious accommodations, it’s no wonder that the rich and famous have been drawn to des Artistes. As well as Coward and Rockwell, its other illustrious residents include dancer Isadora Duncan, Algonquin Round Table wit and writer Alexander Woollcott, and actors Debbie Reynolds and Joel Gray.

A current resident said: “It’s definitely one of the best apartment blocks in the city. The wonderful thing about these double-height apartments is the total sense of freedom, graciousness, space and light. 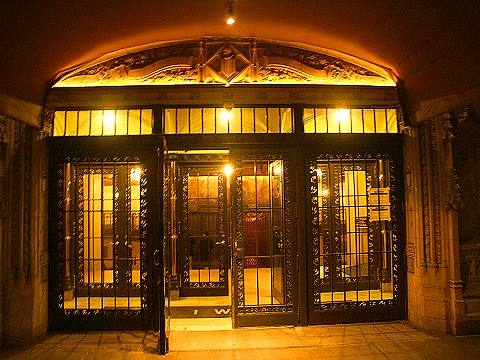 GLEAMING…the large lobby is decorated in marble and brass

“The bulding itself has such an eccentric, rich history because of the amazing people who have lived here. There are artists who’ve been here for 40 or 50 years, people who’ve raised their kids here, and apartments that have been in the same family for 70 years.”

And the hard-working people who maintain des Artistes, from the man who operates the old sliding-grate elevator to the doorman, are also in it for the long haul.

The resident added: “Almost everyone who’s here is here for a lifetime of work, because the building is more than friendly. People are involved in each other’s lives and make friends with other people in the building. It’s a very warm and kind-hearted place.” 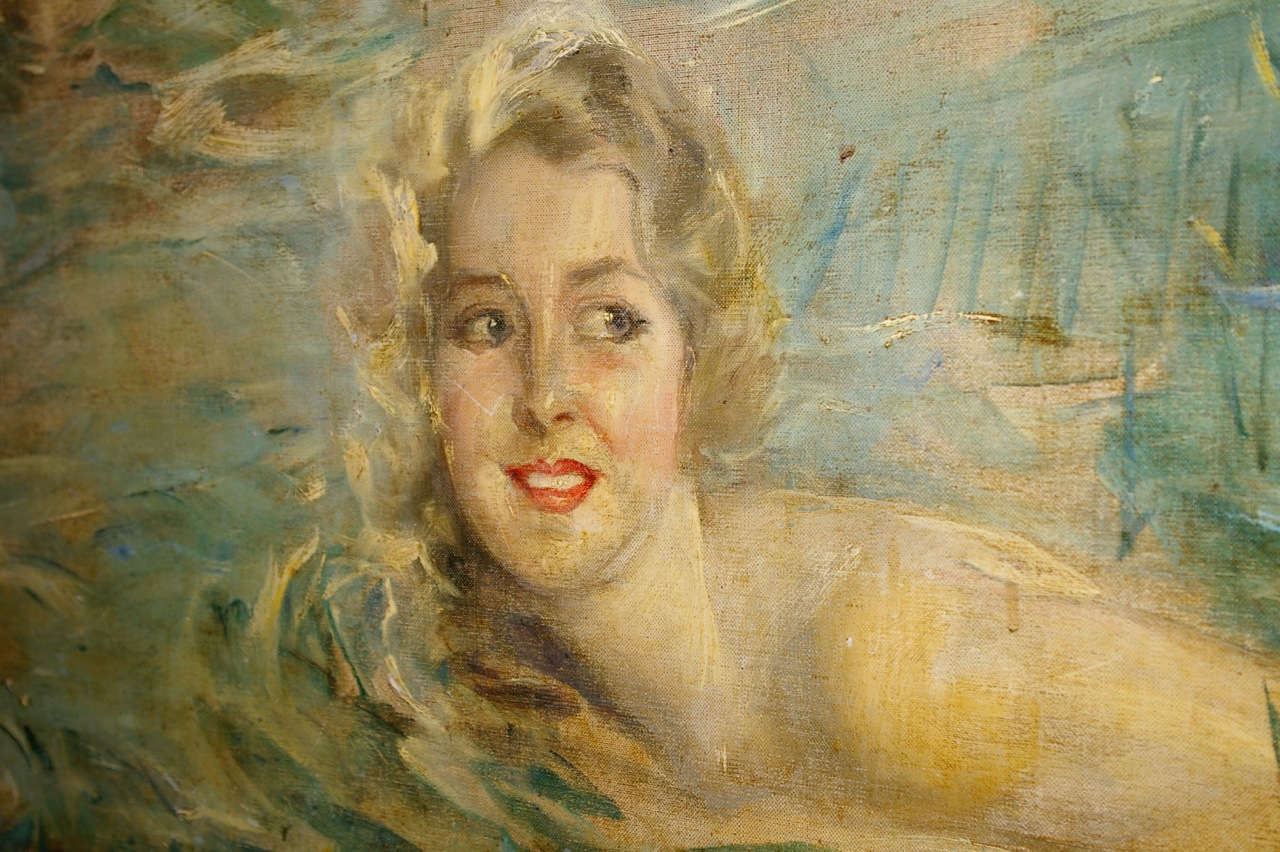 BATHING BEAUTY…detail from Chandler Christy’s mural in The Leopard