Scotty the Blue Bunny is a cabaret and circus phenomenon, adored by audiences world-wide. But he admits that love can spill over into something more unpleasant, when he is aggressively molested – by women.

Standing 7ft tall from the soles of his stripper shoes to the tip of his ears, he is renowned for his comic timing and hilariously absurd songs, as well as his out-and-proud stance, elements of which are incorporated into his act. 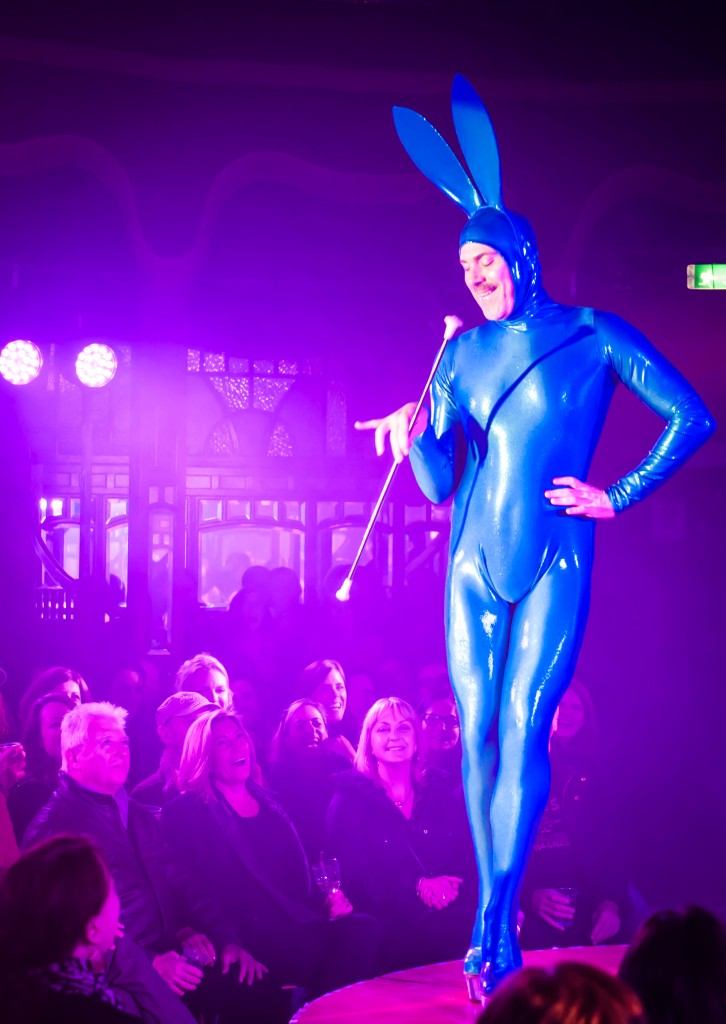 TALL ORDER…Scotty Bunny is 7ft in his ears and heels, but still finds he’s molested by women     Photo by Sarah Olivier

But he’s begun to limit his exposure to audience members before and after shows because of the physical harassment he’s received from female theater goers.

He says: “Over time this has become very complex. All I can say democratically is that some women are just as capable of inflicting the same abusive and violating behaviour they demonize in men, especially when they are around drag queens or costumed characters.

“Women become very aggressive when they are around a feminized man. They seem to think it’s ok for them to poke at my testicles because I’m gay, as they see themselves as ‘harmless’ women. But believe me, that hasn’t played out so well when I’ve been a boobie-jiggler.

“I don’t feel sorry for myself, and I don’t care to educate anyone. These are the facts, so now I just try to structure and limit contact so I don’t have to defend myself, or suffer damage to my costume – those new baked-on manicures can slice right through spandex!” 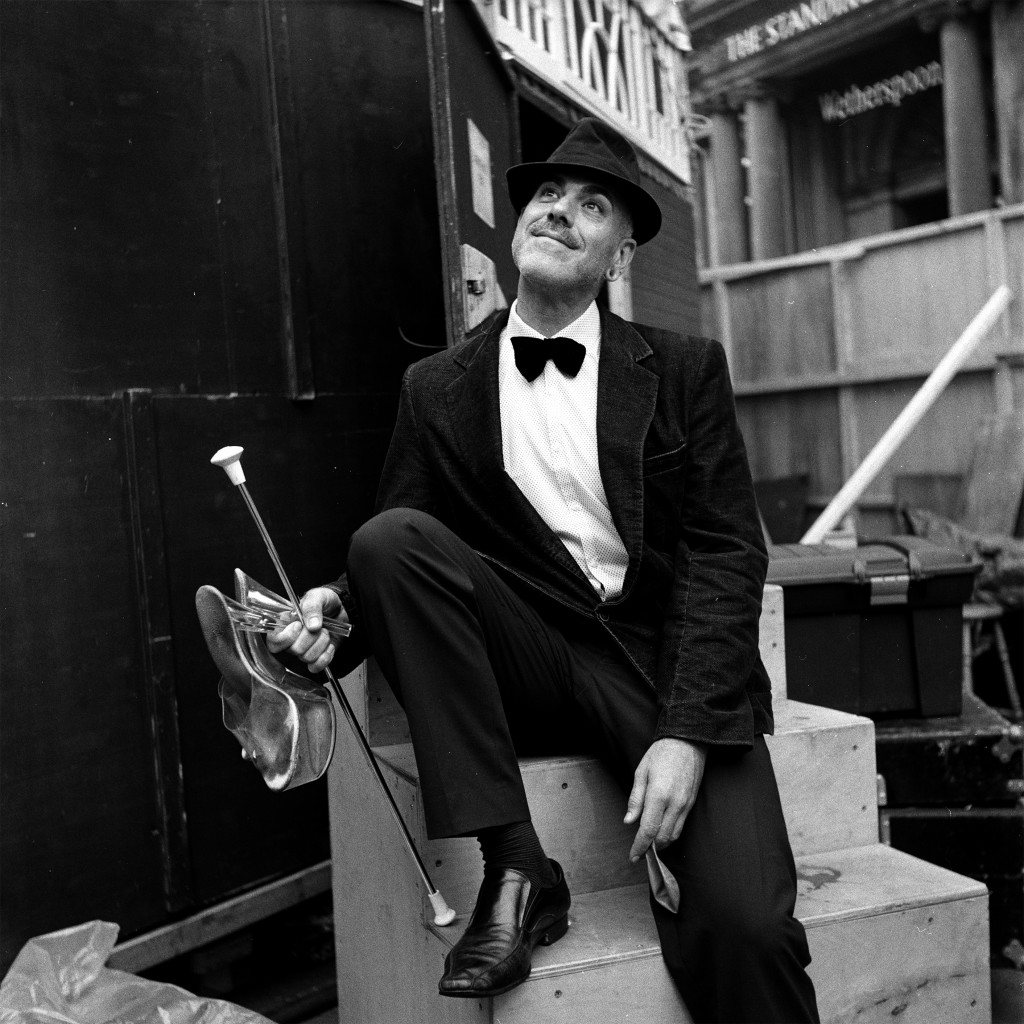 BACKSTAGE…Scotty is working on other projects in the arts, particularly photography       Photo by Sarah Donley

Scotty Bunny – who has just finished a run with La Soiree at Union Square Theater – had a pleasant childhood growing up in the suburbs of New York City, but he struggled with convention and as a closeted suburban teen.

While he took some interest in performance at school, he didn’t really find his niche until he was older; confessing; “it was really living and playing in NYC when it was still freaky that got me going”.

He explains: “The rabbit evolved out of a costume experiment while I was playing around with drag, and it was supposed to be a really fucked-up monster Blue Playboy Bunny.

“The bunny thing stuck and felt natural the more I got involved with the Bindlestiff Family Cirkus, and eventually the drag element dropped away. I think it’s gone pretty well, considering it’s been 18 years!” 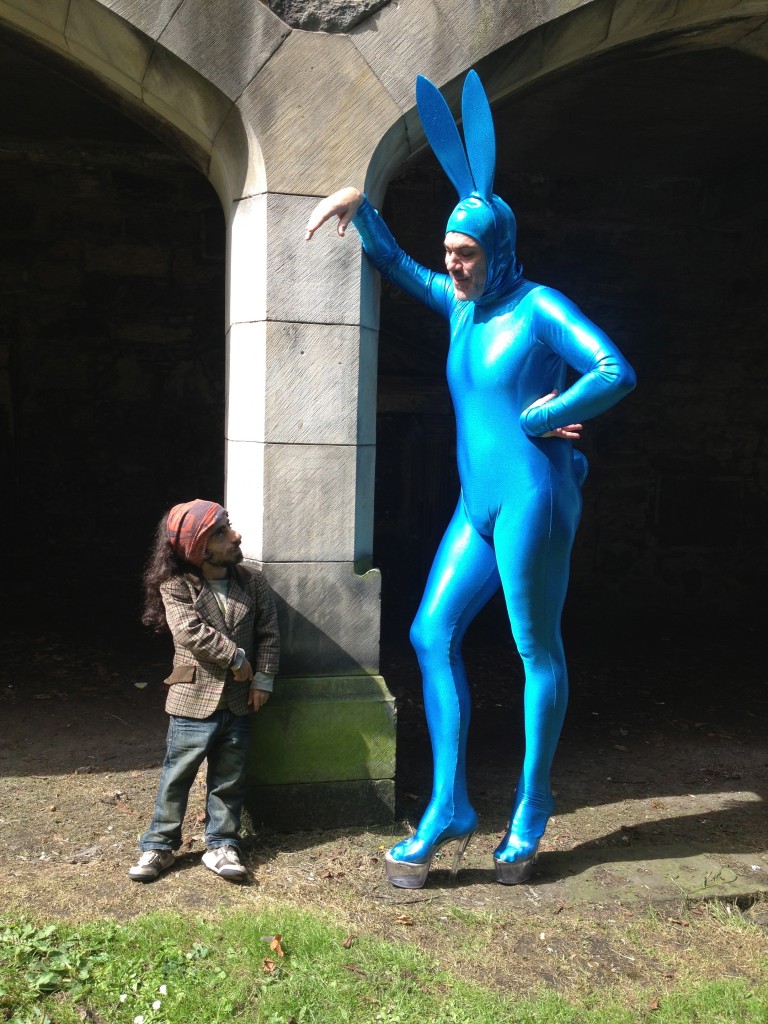 In his act, he lists his brace of degrees – an associates in Applied Science and Mathematics, a Bachelor of Arts in Arts Administration, and an Art History Minor – before victoriously proclaiming “Look at me now!”, which seems to highlight his personal triumph of over conventionality.

He explains: “When I say that punchline, it is as much for myself as it is for the audience. I also want people to think about what happens when you change direction and pursue something ‘creative’ instead of ‘sensible’, in spite of making any investment in the latter. And dressing like a rabbit is as far from sensible as most people can imagine.

“There is a particular contrast that I’m enjoying; that between what I thought I could experience as an artist and the real joy that I have had – the real success.”

There’s another joke he makes on stage about what the ‘exit strategy’ might be for a man who dresses as a giant blue bunny. Does he perhaps fear what’s in store when he hangs up his ears?

He says: “This is all I know how to do. I’m Scotty the Blue Bunny, so I’m going to continue on with faith. I also have ideas for art that are not for the stage but I’m learning and taking my time moving on these projects, mostly photography.

“But, personally, I think the whole game is getting better with age. I really feel like I can accomplish so much more at 47 than I could at 27. If there’s one thing people will say about me after I’m gone, is that I wore the costume a little too long.”